I want all of this. Bacon. *drools

“In this day and age, I feel like there’s a big emphasis on organic foods or a lot of negative media in regards to obesity and stuff like that,” Morenstein said. “We are there eating this, and [viewers] are eating vicariously through us.”

In each weekly episode, they set out to prepare and eat what they call epic food; the “world’s greatest sandwich,” for instance, made from nine bacon slices, three hot dogs, chips, cheese, gravy, a dozen eggs and maple syrup, all on a large french baguette.

These guys are my brothers in artery-clogging goodness. I will eat vicariously with you. No organic bacon, please. I want the real stuff. END_OF_DOCUMENT_TOKEN_TO_BE_REPLACED

Remember at the beginning of this month when I told you the amazing story of Amy Donohue and how she decided to donate one of her kidneys to the mother of a Twitter acquaintance? As you’ll recall, Kirti Dwivedi put out a desperate call for kidney donors via Twitter and Facebook after her mother’s kidneys started functioning at less 20%. Amy, who Kirti had only met once at a function, stepped up to offer one of her kidneys in February 2011 and Project #TinyFabKidney was born. Since then, the two have met each other’s families and planned various fund-raising activities together as Amy has undergone testing to determine if she’s a match. A few weeks ago, Kirti emailed me with the good news that Amy was indeed a match and that surgery was scheduled for April 19th! This past Tuesday, however, Amy recieved some devastating news. Her company told her they were letting her go because she hadn’t met her sales goals. Today CBS 5 in Phoenix put up this story:

Kirti said she was shocked when she learned Donohue lost her job.

“Amy is donating a kidney to my mom and she lost her job because of spending time testing for it. It’s really hard to understand how that could happen, and it’s hard not to feel guilty or upset,” said Kirti Dwivedi.

Amy estimated she used about seven sick and personal days in the past couple of months to go through testing. She had held her job for approximately seven months.

“I take full responsibility. How can I not say I’ve been distracted? I’ve got a big thing going on in my life,” said Donohue.

She said while she does not want her job back, she wishes her company had handled her situation differently, considering the circumstances.

“Sometimes, accommodations need to be made for people when something huge is going on,” said Donohue

Amy has written up her own version of her firing over on her personal blog. Personally, I would have thought an employer would appreciate the value of a person with Amy’s courage and empathy and try to accommodate such heroics. But for some people, it’s all about the bottom line.

If you’re interested in learning more about Project #TinyFabKidney and sending your support to Amy, Kirti and Tiny Mom, you can find them on Facebook. And you can donate here. END_OF_DOCUMENT_TOKEN_TO_BE_REPLACED 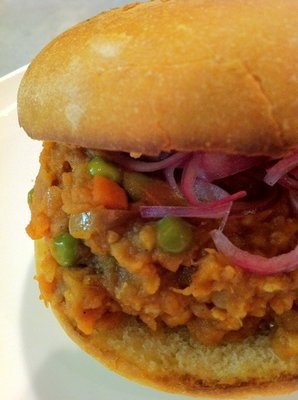 Top Chef veteran Preeti Mistry has a pop-up lunch spot in San Francisco called Juhu Beach Club. Pop-ups are temporary guerilla-style dining spots that take over an existing location, and Mistry’s is located in the front part of a liquor store that has a deli and sells lotto tickets. I’ve yet to check out a Sassy Lassi or Bizarre Love Triangle from the Club, but I’m intrigued by the chef’s description of her food.

END_OF_DOCUMENT_TOKEN_TO_BE_REPLACED

I may be just sliding by with slipping you a #MusicMonday tune at 11:45pm Pacific Standard Time on this Monday night, but I came across this song at the last minute that just had to be shared.

The gorgeous Natasha Khan from Bats for Lashes (whom we’ve written about here) just tweeted about her upcoming tour in Australia, which is how I stumbled across the song above. A cover of Depeche Mode’s Strangelove, the song was created for the Gucci Guilty for Him perfume campaign. I usually am not a fan of songs that are created for products but my love for Depeche Mode covers outweighs whatever dislike I may hold. And she’s just so pretty sounding. The cover is ethereal, and reminds me of White Hinterland.

I’m always on the hunt for new songs for #MusicMonday. Keep me posted – if you have a song or an artist that should be featured on a future #MusicMonday, get at me! END_OF_DOCUMENT_TOKEN_TO_BE_REPLACED 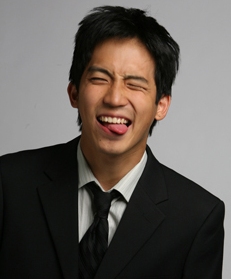 I will be the first to tell you that I don’t have a good sense of humor when it comes to racist remarks directed my way. When a fellow five-year old at daycare made some sort of remark about my skin color being ugly, I threw a bucket of sand over her head. And a few weeks ago, when someone responded to my roommate’s ad by calling her “egg roll” and “pork fried rice,” I can’t say my initial reaction would have made Gandhi-ji very proud.

Throughout my lifetime, I’ve had trouble moderating my inner Malcom X and channeling a more Martin Luther King Jr. approach. This despite the fact that I grew up in the most turn-the-the-other-cheek of communities, the Amish Mennonites. When I see racism, in any shape/manner/form, I tend to lose my cool. My blood pressure goes up. I start to see red.

The whole Alexandra Wallace incident was no exception. You’ll remember her as the girl from UCLA who made a YouTube video where she rants against Asian students. I admit, I felt a little bit of sympathy at the start of the video. My own classmates often vent about international students in the law library who blab loudly on their cellphones, seemingly oblivious to the glares of fellow students. But when Ms. Wallace started on her “ching chong” rant, I stopped feeling sorry for her and just got mad. Then I saw this. END_OF_DOCUMENT_TOKEN_TO_BE_REPLACED

Who’s down for a little live-tweeting of the rest of the World Cup? If you’d like to participate, you can use ANY of the following hashtags: #cwc, #iccwc2011, #cricket, #worldcup, #cwc2011; AND the following: #sm

Your tweets will show up here:

PS: Let me know if you want additional hashtags.

END_OF_DOCUMENT_TOKEN_TO_BE_REPLACED

I don’t have time for an extensive post just now, but I thought y’all might want to coordinate viewings around your various locations.

There have been 46 matches played so far in this year’s ICC Cricket World Cup, and only four teams remain:

Sri Lanka, who got to the semifinals by chasing England’s respectable total of 221 without losing a wicket;

Pakistan, who embarrassed the West Indies by first bowling them out for a paltry 112, then chasing the total in less than half the time it took for the West Indies to accumulate it;

India, who avenged their 2003 World Cup Final drubbing by Australia.

Sri Lanka and New Zealand play tomorrow in Colombo. India and Pakistan play on Wednesday in Mohali. The winners play on Saturday in Mumbai. All three matches start at 5 am Eastern, 2 am Pacific.

So the question is, where to watch?

END_OF_DOCUMENT_TOKEN_TO_BE_REPLACED

Good news, American Idol fans! Sanjaya Malakar, Sepia Mutiny’s all-time favorite contestant, is back. Sanjaya, a 2007 Idol finalist, is currently starring in the off-Broadway musical Freckleface Strawberry. Based on actress Julianne Moore’s children’s book of the same name, the play follows the title character and her friends as she learns how to accept her freckles and individuality. Sanjaya plays Danny, a friendly athlete who is one of Freckleface’s closest friends.

END_OF_DOCUMENT_TOKEN_TO_BE_REPLACED

When I was in college because of my appearance and name people would sometimes assume I was of Pakistani origin. I would explain that I was born in Bangladesh and raised in the United States. If they were international students from Pakistan or the Arab world they would sometimes respond, “OK, but you are Muslim.” I’d have to explain that my parents are Muslim, but I was not religious, and an atheist in fact. Quite a few of the foreign students were not clear what an atheist was (probably in large part because English was not their native language). I told them it meant that I did not believe in God. I never encountered anger or outrage, but it was clear that some of these men and women were shaken by my rather casual expression of disbelief. The more liberally minded would wonder if I was spiritual at all, had I explored Sufism? If my interlocutor was bearded usually there would be very little follow up and we would part ways rather quickly.

I perceived that they were fleeing some sort of abhorrent contagion.

What was on evidence was a cultural difference. Atheism has existed for all time and in all places among some individuals (South Asia’s indigenous materialist atheist tradition were the CÄrvÄka). But the rejection of God is taboo in some places today. These places include regions of the United States. I attended a conference recently where one of the presenters gave a talk on how to mobilize collective action effectively to further goals of social injustice. One of his slides had a list of insults that one might hurl at someone to hurt them. On it was the n-word and a pejorative term for gay men. As well as the term atheist! After the presenter finished his talk and was ready for a Q & A, the conference MC joked "So you think that atheist is an insult? You’re from the South aren’t you?” The presenter seemed embarrassed, and admitted he was from Texas. In hindsight this was a slide that perhaps needed a little touch up in light of the fact that his audience was saturated with West coast based techies. END_OF_DOCUMENT_TOKEN_TO_BE_REPLACED

The Economist blog More Intelligent Life has an interview with comedian Hari Kondabolu, who was most recently featured on Sepia Mutiny right before his TV special on Comedy Central (see above for a show clip). After questions about his approach, performing and club audiences, the interviewer asks him about a “comic quota” applying to desi comics and being compared to Aziz Ansari.

Some black American comedians have joked that in American pop culture, there’s only room for one black comic at a time. You’ve joked about being upset with Aziz Ansari comparisons. Does the same comic quota apply to Indian-American comedians?