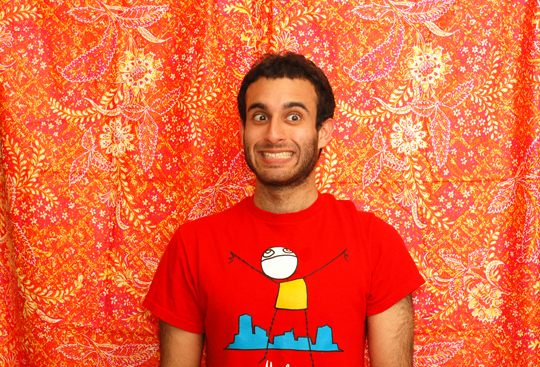 Remember Amit Gupta? He was diagnosed with Leukimia in September 2011 and thus began the largest social media driven internet friendly bone marrow donor recruitment campaign we’ve seen to date. He has something to share today.

… After over 100 drives organized by friends, family, and strangers, celebrity call-outs, a bazillion reblogs (7000+!), tweets, and Facebook posts, press, fundraising and international drives organized by tireless friends, and a couple painful false starts, I’ve got a 10/10 matched donor! You all literally helped save my life. (And the lives of many others.) [amitgupta]

I am stunned by this good news! As we’ve blogged before, South Asians have a 1 in 20,000 chance of finding a donor match and to find a perfect match is even more of a slim chance. This is one of those circumstances that highlights how social media campaigns can turn into real life successes! Of course, Amit still has a battle ahead of him.

Tomorrow, I’ll be admitted to Dana Farber in Boston for 4-5 weeks.

First I’ll get a second Hickman line to allow direct access to my heart (for meds and for nutrients if I’m not able to eat). Over the next week, the docs blast my body with a stiff chemo cocktail to try and eradicate all traces of cancer cells. In the process, the immune system I was born with, and my body’s ability to make blood, are destroyed.

END_OF_DOCUMENT_TOKEN_TO_BE_REPLACED 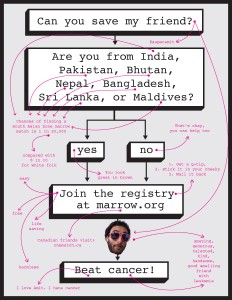 Kristeen: I was in disbelief that I was actually called. It wasn’t until I had my blood tested that confirmed I was the best match that, I believed it. I was excited that during the holiday season, I would get to share the gift of life. END_OF_DOCUMENT_TOKEN_TO_BE_REPLACED 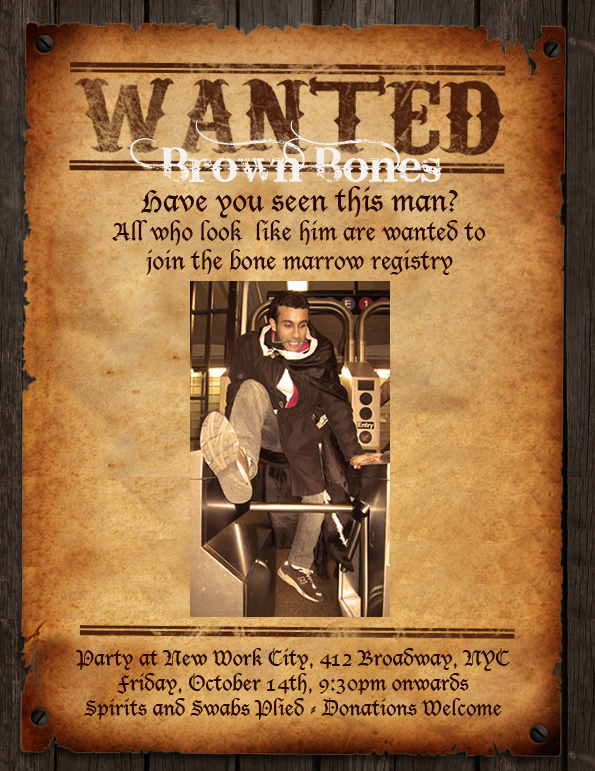 The internet world frenzied with bone marrow call outs this week when word spread that entrepreneur Amit Gupta, founder of  http://photojojo.com/ discovered he has acute leukemia and needs a bone marrow transplant.

Two weeks ago I got a call from my doctor, who I’d gone to see the day before because I’d been feeling worn out and was losing weight, and wasn’t sure why. He was brief: “Amit, you’ve got Acute Leukemia. You need to enter treatment right away.”

I was terrified. I packed a backpack full of clothes, went to the hospital as he’d instructed, and had transfusions through the night to allow me to take a flight home at 7am the next day. I Googled acute leukemia as I lay in my hospital bed, learning that if it hadn’t been caught, I’d have died within weeks.

I have a couple more months of chemo to go, then the next step is a bone marrow transplant…. [M]inorities are severely underrepresented in the bone marrow pool, and I need help. [amitgupta]

We’ve told you before of numerous cases where bone marrow donors are needed -  for Sonia Rai, Maya Chamberlin, Vinay & Sameer, Bevin Varughese, and more. For the most part, these stories have ended tragically. The sad thing is, they did not have to end the way they did. The health disparity is stark: There are 9.5 million people in the bone marrow registry; only 1% of them are of South Asian descent; that means South Asians have a 1 in 20,000 chance of finding a match.

What are you waiting for? A simple (FREE) cheek swab can save a life. END_OF_DOCUMENT_TOKEN_TO_BE_REPLACED