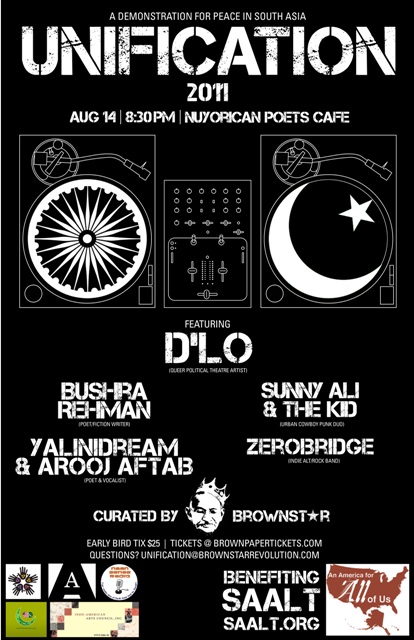 Benefiting: Proceeds from the event benefit An America for All of Us, a campaign led by South Asian Americans Leading Together (SAALT)

Ticket Info: You can buy your tickets online. $25 in advance, $30 at the door

53 thoughts on “UNIFICATION 2011: A DEMONSTRATION FOR PEACE IN SOUTH ASIA”