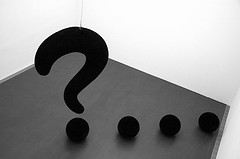 Comedian Aziz Ansari has been popping up even more than usual on TV (The Tonight Show, Jimmy Kimmel) and elsewhere to help promote his new movie with Jesse Eisenberg and Dilshad Vadsaria, 30 Minutes or Less. Entertainment Weekly reported that at one recent club performance, Ansari had some harsh words for an audience member who asked him, “Why don’t you have a red dot on your forehead?”

While the audience gasped, a shocked Ansari replied by asking why she didn’t have the word “c– on her forehead.” Then he remarked about how there are still “racist” people in the world. (EW)

Like Ansari, you may have been asked, “Why don’t you have a red dot on your forehead?” Or maybe you’ve been asked other questions–”Is it made of blood? Is it a tattoo? What does it mean?” and perhaps even “Can I touch it?” You might have called it a bottu, bindi, tikka, tilaka or something else at home and felt weird about people calling it a “dot.”Maybe one time you quickly removed a sticker version from your forehead when your brother was pulled over by police while giving you a ride home. Maybe you never wear one in public and yet you’ve still been asked about the “dot.” Whatever your personal experiences, you probably have an opinion about how Ansari reacted–check out the poll below to share how you feel.

7 thoughts on “Questions on Our Foreheads”