With all this controversy around the One Stop Jihadi Superstore aka Lowes, (as Aasif Mandvi oh so eloquently put it in this Daily Show bit) and their caving to a Christian fringe extremist organization (as Phillygrrl blogged about here), it was only a matter of time before the ads that were pulled off air for the TLC show All American-Muslim took the viral airwaves. Exclusively for Sepia Mutiny mutineers, we were able dig up one of these lost commercials starring former Outsourced stars Rizwan Manji & Parvesh Cheena.

As the token Muslim mutineer, I will attest, my folks also have holiday lights up at their house, I buy candy canes and we even mail out holiday cards. This parody ain’t so far from the truth. Happy holidays, from our mutiny to yours!!

P.S – Continue to boycott, sign petitions and write letters to Lowes – it’s been a week and they still haven’t come up with an acceptable response. And while you are at, boycott the website Kayak.com too for their backhanded apology for pulling their ads off the show. But do support Russel Simmons and all his business ventures for buying ad space when no other corporations were willing to. 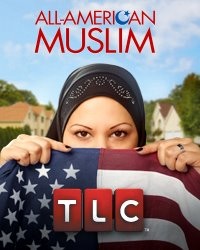 When I learned that the Florida Family Association sent out an email alert on December 6th that stated, “All-American Muslim is propaganda that riskily hides the Islamic agenda’s clear and present danger to American liberties and traditional values,” I never imagined you, my hardware store would be influenced by the voices of ordinary Americans.   END_OF_DOCUMENT_TOKEN_TO_BE_REPLACED