Monday would have been Freddie Mercury’s 65th birthday, and this November will mark the 20th anniversary of his death. Google’s home page featured a Google Doodle tribute to the lead vocalist evoking his colorful showmanship and over-the-top persona. It features “Don’t Stop Me Now,” with many visual references to other Queen classics.

END_OF_DOCUMENT_TOKEN_TO_BE_REPLACED

People from across the country are getting together to remember, reflect, and dialogue in their own ways this week. Design Action Collective’s Sabiha Basri is designing a series of political poster to commemorate the anniversary (image above); Wajahat Ali and the Center for American Progress released a report last week called Fear Inc. collecting data on the root sources of islamophobia; The Sikh Coalition created on online video narrative platform to crowdsource stories at Unheard Voices of 9/11; The Asian American Literary Review has released a narrative publication with contributions from Sonny Singh, DJ Rekha, Vijay Prashad, Purvi Shah, mutineer Amitva Kumar and many, many more; McSweeney’s published an oral history book from the Voices of Witness series called Patriot Act: Narratives of Post 9/11 Injustices; and SAALT has the An America for All of Us campaign, an effort to unite policy makers, politicians, and community leaders under one pledge for equity for all.

Additionally, SAALT has also put together an amazing national resource list of upcoming 9/11 events that will be going on this week. This map is also being crowdsourced so that you can add your own local events as well. Be sure to check it out to see what events are going on in your neighborhood.

I’ve listed just a few of hundreds of things going on this week. We’d like to hear from you – if you have an event, project, collaboration, or story remembering 9/11 that you think would interest the mutinous crowd this week – please list it in the comments below. END_OF_DOCUMENT_TOKEN_TO_BE_REPLACED

As Ennis reported, there’s anarchy in the UK. I’ve been following twitter feeds coming out of England closely and though there is mixed feelings on the “insurrection” of the people, one thing is certain, everyone is fearful that the riots will come to their community. Last night, the rioters came to Birmingham.

Haroon, Abdul Musavir, 31, and Shazad Ali, 31, were mowed down as they stood on the pavement protecting their mosque and businesses in the community. Today, a 32-year-old man was being questioned on suspicion of murder.

The father said he was standing round the corner as the car mounted the pavement and knocked down the three young men. He said he acted instinctively and helped – without realising his boy was one of the trio who were fatally injured. Mr Jahan said: ‘The car came up on the pavement for God knows what reason and I was standing nearby. ‘I heard it happen and I turned round and I saw three people on the ground and my instinct to help and I started CPR and someone told me that one of them was my son.’ [dailymail]

Some moving words from Tariq Jahan, father to the 21 year old Haroon Jahan.

I’m not condoning the violence, but clearly the situation has reached a critical moment in the UK and the people believe things have got to change. Mass media is billing what is happening in the UK as a “race” riot or a “youth” insurgency – but the victims in this case were South Asian youth. The #UKRiots goes far deeper than that. END_OF_DOCUMENT_TOKEN_TO_BE_REPLACED

KXB’s news post brings to my attention the passing of Ifti Nasim, an out and outspoken gay Pakistani poet who was based in Chicago. Dustin Nakao-Haider’s short film about Nasim captures a bit of his vibrance and humor, at his work as a radio host, at an interfaith community event where he talked about being Muslim, and ends with the poet reciting his How To “Kill” Your Brother With Kindness (Especially If He Is Homophobe).

END_OF_DOCUMENT_TOKEN_TO_BE_REPLACED 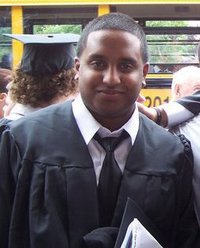 Yesterday, at 5:12PM, while I was sitting in the law library, panicking over the last sentences of my final exam for this semester, only a few blocks away a 23-year old boy, Mohan Varughese, a student from Penn State, was sitting with his girlfriend on the front steps of her off-campus apartment near Temple University, no doubt luxuriating in the perfect spring sun.

The semester was almost at an end, final examinations ended in two days and already the campus had a deserted look about it. The few people left to tend the campus were mainly university employees. The security guards. The maintenance crews, finally able to swab the floors without interruption. Outside, you could hear the cries of children, playing hopscotch and jumping rope double-dutch style in the streets, pausing every now and then to let cars go by. END_OF_DOCUMENT_TOKEN_TO_BE_REPLACED

What is up with Arizona? There was SB 1070, and the shooting of Gabby Giffords. And now, there is this. (via SALDEF)

Balbir Singh Sodhi was the one of the first victim to a post 9/11 hate crime.

[He]was a Mesa, Arizona, gas station owner who was murdered in the aftermath of the September 11, 2001 attacks. He made headlines because he was the first of several cases across the United States that were reported to the police as acts of retaliation for the terrorist attacks

On September 15, 2001, Frank Roque shot him five times, killing him instantly. Roque, who apparently wanted revenge for September 11, confused him for a person of Arab ethnicity because of the clothes he wore, his turban, and his beard. Within 25 minutes of his death, the Phoenix police reported four further attacks on people who either were Middle Easterners or who dressed with clothes thought to be worn by Middle Easterners. [wiki]

How could anyone object that Sodhi’s death was not a directly connected to the events of September 11th?

The bill, which passed both houses on party-line votes, was sponsored by Rep. John Kavanagh, R-Fountain Hills, who said Monday that he did only a cursory Internet search on Singh Sodhi’s murder. Kavanagh said it was unclear to him that the shooting was directly related to 9/11.

“He was the victim of a madman. He was not a 9/11 victim,” Kavanagh said. “I don’t mean to (dismiss) what happened to this individual. I don’t mean to trivialize it.” END_OF_DOCUMENT_TOKEN_TO_BE_REPLACED 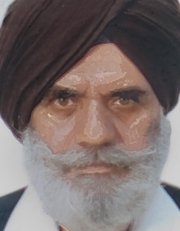 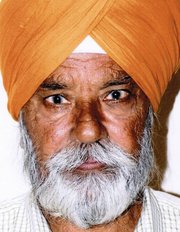 END_OF_DOCUMENT_TOKEN_TO_BE_REPLACED

Sepia Mutiny has been following the case of Mohammad Usman Chaudhry, the autistic 21 year old man who was shot and killed by LAPD when he was found in Hollywood sitting in shrubbery. A horrendous case, it seems that unwarranted police violence and murders on civilians have only increased, at least in California, since then. But in the case of Usman, at least there was some justice (h/t DrrrtyPoonjabi).

Earlier this week, a federal jury found that an ex-LAPD officer was responsible for the wrongful death of an autistic man shot and killed in Hollywood in 2008. On Wednesday, the jury awarded the victim’s family $1.7 million.

Since the killing, Cruz has insisted that Chaudhry tried to attack him with a knife and that he fired his gun in self-defense. On Monday, however, after four days of testimony, the jury rejected Cruz’s account when it returned a unanimous verdict finding that the ex-officer had used excessive force and acted in “a reckless, oppressive or malicious manner” when he shot Chaudhry.[latimes]

Clearly $1.7 million is not equivalent to the cost of one life, but it does signal to the LAPD that they simply cannot afford to make mistakes. What I found most fascinating about the case was the evidence pointing out the knife was planted by the LAPD and that the police officer knew the name of his victim.

During the trial, lawyers for the Chaudhry family presented evidence aimed at putting doubt in the minds of the jurors over Cruz’s account. Testing on the knife that Cruz said Chaudhry had used, for example, found one person’s DNA profile on the handle and blade but showed that the DNA was not Chaudhry’s. Also, after Cruz said he had never met Chaudhry before the shooting, a man testified that he had been present on multiple occasions when Cruz confronted Chaudhry and called him by name.

After the verdict, the jury was asked to decide how much money, if any, to award Chaudhry’s parents. Attorneys representing Cruz and the city of Los Angeles had tried to limit the size of the award by arguing that Chaudhry had had a frayed relationship with his parents that lessened their suffering.[latimes]

Condolences to the Chaudhry family. You can read Usman’s brother’s Tumblr page following the case right here. Though nothing can bring their son back,there is some vindication in knowing that some form of justice was delivered, particularly in this time of heightened police violence. But in the end, $1.7 million is still not enough. END_OF_DOCUMENT_TOKEN_TO_BE_REPLACED

Jayaben Desai passed away recently at age 77, leaving an extraordinary legacy in labor history. With a handbag in one hand and a bullhorn in the other, she led a two-year strike in the mid-1970s protesting the unequal pay and poor treatment of workers at a North London Grunwick film processing factory. The factory’s workforce consisted mostly of desi immigrants from East Africa, and many were women.

Before she walked off the job one day in 1976, the diminutive Gujarat-born Desai who came in at under 5 feet tall and immigrated to England by way of Tanzania, had a few words for her manager Malcolm Alden.

What you are running here is not a factory, it is a zoo. But in a zoo there are many types of animals. Some are monkeys who dance on your finger-tips, others are lions who can bite your head off. We are those lions, Mr manager. END_OF_DOCUMENT_TOKEN_TO_BE_REPLACED