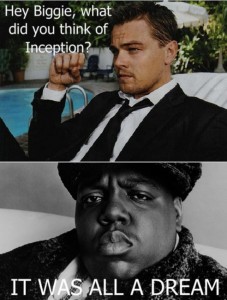 Priya Cherian side-eyed her friend before expanding on Shah’s…remarks.

“I think  A N N A  was the WORST thing for Malayalee Christians, ever. She found a way to make EVERY post about herself. Tibetan nudists who swear by paleo diets? Bitch was somehow ALL up in that! I mean, what, the, f–oh, right. Sepia Mutiny. Um…well I guess I’m sad? I used to read it every day but I admit that it’s been years since I found it THAT relevant…but I still catch up on it once a week. And it’s super irritating to realize they’re taking that away, you know?

I’m going to miss having the option to tune in…I mean, I donated once back in 2007. Doesn’t that count for ANYTHING? Money doesn’t grow on trees! I still have student loans from Yale to pay off! Oh…did I mention Yale. I…I meant to say…from this school in New Haven. You know…”

Continuing on the “I stuck a grimy dollar bill in your G-string once, now DANCE FOREVER”-tip, anonymous commenter…er…”anonymous” expressed similar anger and resentment to this reporter.

“Like others, I will miss SM. Also, I felt the money I donated to the site has gone to waste. I would like a refund. I was under the impression that my one-time, ten dollar gift would guarantee my access to a Sepia that was eternal, no matter how haggard the SM Intern got.  I heard A N N A and Ennis’ moms want to finally arrange caste and faith-appropriate marriages for each of them and they need to leave the bunker for that? What the shit? Write more posts, blogger-monkeys!”

In Queens, the mood was decidedly more pessimistic. “Hipster Dey See 69” muttered, “I’ll tell you what killed SM– censorship!” as he crumpled his fourth can of PBR.

“In its glory days, it was ok to be pissed off at someone’s post or comment and respond to it, however crudely, with threats or personal insults hurled from an anonymous haven where accountability was nonexistent. Then they started cracking down on discussion.

They forgot that the number of comments they had was because everybody had different or even certifiably insane views on everything (opinions against the bloggers maybe?) and wanted to share them. You know who was the worst? That Taz chick. I mean, she’d get so butt hurt if anyone told the truth about how Muslims are all terrorist murderers. I have the right to say that, you know? I’m American. These bloggers should go back to wherever they came from if they don’t believe in freedom of speech!”, he thundered before belching a noxious gas cloud that reeked of stale, vinegary curry and prodigious amounts of nose pickings.

Meanwhile, in Silicon Valley, because that is a specific, Pacific place and not some vague phrase, recent college grad Nikhil was morose and frankly, behaving in a manner reminiscent of a petite feminine dog.

“Why can’t they just let the new generation take over? They and by they, I mean I am fresh-faced and hungry to keep that site alive and capitalize on the hard work and dreams of my elders, even as I scoff at them for being has-beens while simultaneously wishing their ancient asses would keep on blogging for my convenience and pleasure.

But really though, I feel that the bloggers just got too old. Their senility must be why they never responded to my 208+ tip submissions, which I started sending off in 2008. Every time I updated my personal blog, ‘Random Thoughts and Musings of a Hurlbut Desi’, I dutifully sent them a link to posts on topics that ranged from my review of Russell Peter’s last show to why Indian girls suck.

Each semester, I would compile a ‘Best of’ list to include with my top ten reasons for why I should be their next blogger (screw ‘Guest Blogger’…what am I, from Cornell or Penn?) Despite my persistence and superior qualifications, they never contacted me. You know, what? Eff Sepia Mutiny. And it’s not like any of them went to Harvard, either. Well, except for that one chick…but she’s Sri Lankan. So she doesn’t count. I mean, do they ever? Also, here’s my resume…do you think you could pass it to Vinod? Thanks, bro.”

Hetal Parikh, a super Senior at Columbia University had this reaction to the end of a once seminal, path-breaking group blog: “Wait, what? Those assholes hacked into my AIM and totally posted my chats once, like five years ago. Good %$#$%! riddance. What did they ever even accomplish? Who cares about a blog? Private Facebook group, maybe but a blog? Get a life. Also, if that spinster  A N N A  needs an egg donor now that she’s 52, tell her that I’ll give her a pity discount since she’s probably poor. Also, tell her how awesome I’m being, since I’m young and Ivy-educated and shit. I charged that I-Banker couple $20,000 so my goods are premium, yo.”

Finally, Maninderpreetjeet Singh of Nome, Alaska glumly characterized it as “The end of a wonderful era.”

“Sepia Mutiny– in its prime– was almost addictive. I had conversations on that blog that couldn’t have possibly occurred anywhere else…certainly not here, where I’m one of all of 3,600 residents. Do you think there are any Desis up here? No. But I never felt alone after I found that site. It was my haven.

I honestly think it was beneficial for my mental health. I know it was beneficial for my social life– I made so many friends via SM. A few of them even came up in March two years ago for the Iditarod. It was awesome. We kept mentioning how this random, awesome meetup was occurring because some guy emailed four people and said, ‘Hey, let’s do this!’…and they created something special. Honestly? I thought there really could be something like ‘Sepia Destiny‘. If there had been, I’d probably be married already. Anyway. Please tell the mutineers that their blog was special, and I’ll always remember it fondly. Tell them I said, ‘Thanks.'”

28 thoughts on “The Onion, on the end of the Mutiny”