I was naive I suppose.  I really thought that the jury, upon hearing all the detail that the mass consuming public was not privy to, would acquit Dharun Ravi on all charges, regardless of the fact the prosecutor seemed to be cleverly boxing them in to a particular outcome, armed with ambiguous law.  At a minimum I thought the major charges, including the “hate crime,” would be hard to deliberate on, possibly resulting in a mistrial.   The comprehensive NewYorker article last month showed that the case, far from being what the media initially portrayed, was full of twists, conflicting behavior, and most importantly I believed, reasonable doubt.  A few years back I watched the absolutely brilliant 8-part documentary The Staircase (now apparently free online), about the murder trial of a bisexual man in North Carolina.  It forever changed my view of highly publicized trials in America.  They seldom have anything at all to do with justice.  Everyone involved is a victim.  More recently, we saw a miscarriage of justice in the case of the West Memphis three.  Ravi’s trial result should not have surprised me.

Ravi is an immature, upper middle class kid and a “casual homophobe” (more on  that term later) but he is not a perpetrator of a hate crime.  To consider him more than marginally complicit in the death of Tyler Clementi hurts two groups: victims of true hate crimes and the mental health community. 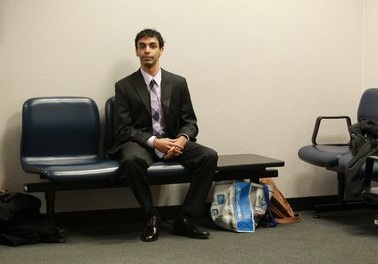 First off, I reject the mostly Right Wing assertion that we should banish the term “hate crime” from our legal system.  ”Aren’t all crimes hate crimes” they argue?  Such arguments are specious an predicated on the belief that political correctedness is the only reason such a label exists.  Bullshit.  When a man has a chain put around his ankles and is dragged behind a car because he is black, that’s a hate crime.  When a Sikh man is shot for being a “Muslim terrorist“, that’s a hate crime.  When a gay man is tied to a fence and tortured, that’s a hate crime.  Being stupid while you are coming of age and meeting people with different backgrounds than you?  Not a hate crime.  Most crimes are committed because of anger, greed, jealousy, or mental illness.  A hate crime is different.  It is often very violent and there is rarely a personal gain.  The crime is committed as an act of domination or intimidation, often based on unjustified fear.  Nothing about Dharun Ravi’s behavior, as evinced by texts, emails, tweets, and witnesses shows even an inkling of such a motive.  One could argue he was more uncomfortable with Clementi’s socio-economic status than his sexuality!  He was also uncomfortable about an older man, a stranger, coming into his room and having sex.  Many of us may have reacted poorly in such an instance.  What opponents of the term “hate crime” get right however, is that the laws are sometimes so ambiguous that a clever prosecution can convince a jury that a wide variety of crimes meet the legal definition of a “hate crime” and that they have to convict based on the definition alone, regardless of common sense.  We have seen “terrorism” laws abused in this same way.  I would not be at all surprised if Ravi’s case someday reaches the Supreme Court for this very reason.

I consider Ravi a “casual homophobe.”  He, like many of us, especially when we were younger, may loosely throw around the word “fag” or an occasional “you’re so ghey” without thinking twice.  As he gets older he will think about it more, just like many of us may have.  First generation South Asian American households are not the greatest environments to be raised socially conscious in.  With age he may have checked himself and seen that words can hurt like weapons.  Becoming popular with friends by poking fun at others would stop being as cool as it once was. We’ll never know now cause he just got Shawshanked.  He may even be deported.

Now, about the second major issue this jury may not have appreciated enough in terms of considering the applicability of some of the bias intimidation charges:  Nobody ever commits suicide because of a single reason.  Any mental health professional or suicide prevention counselor will tell you that you can’t go from perfectly happy to suicide in the matter of days.  Being watched shirtless on a webcam with another man for two seconds did not alone intimidate Clementi into killing himself.  I fear this ruling sends a message that suicide is clean and simple to understand.  ”A” leads to “B.”  Just punish “A” and there will be no “B.”  Simple.  Why do we need to invest in mental health or provide resources for gay teens coming of age?  Let’s just make it a crime to be an asshole.  Most importantly, Ravi’s defense team was barred from accessing Clementi’s computer files or a note left in his backpack.  There they may have found the evidence they needed to demonstrate that Clementi’s state of mind was complicated and impacted by a lot more than boorish behavior by a freshman year roommate.

Speculating for a second it seems like the jury, like much of modern society, was more interested in being fair (and in sticking to the prosecution’s interpretation of the law) than in being just.  It is sad that Clementi was troubled.  It is even more tragic that he took his life.  I get the impression that the jury sought to punish Ravi because they felt bad about Clementi and his family’s situation rather than being motivated by the need for meting out dispassionate justice.  As a society, when we punish “bad thought” (especially in the young) and blur the line between it and “bad action,” we not only risk censorship but we push real ignorance or bigotry under the rug without dealing with it.  Now, more than ever, we have become a society that favors punishment over rehabilitation.  It is telling that the prosecution offered Ravi a plea bargain consisting of only community service…but a jury of his “peers” goaded by that same prosecution then threw the book at him after he refused to admit guilt.

“This was very difficult, but it was a really good experience. You feel like justice has been served,” he said.

“You can’t know what someone’s thinking. You have to get inside their head,” he said. “Afterwards, you think about it not being done once, but being done twice another day. That’s why we came to that conclusion.” He also said he hopes the verdict will bring some peace to the families.

“I hope they can put everything behind them and move forward,” he said. “Hopefully, they finally have closure.” [Link]

Ravi’s team will appeal but his life is destroyed now.  In America you can be 14 and put away for life.  You can be 18 and be jailed for being immature and insensitive.  Everyone lost in this episode.  Especially justice.

It is fitting that Tyler Clementi’s dad basically paraphrased Gandhi at the end of the day, maybe without even knowing it:

To our college, high school and even middle-school youngsters, I would say this: You’re going to meet a lot of people in your lifetime. Some of these people you may not like. But just because you don’t like them, does not mean you have to work against them. When you see somebody doing something wrong, tell them, “That’s not right. Stop it.”

You can make the world a better place. The change you want to see in the world begins with you. [Link]