How bad was it? Compared to Janet Jackson’s flash or the controversial kiss between Madonna and Brittany Spears, I’d say pretty insignificant. And compared to the misogynistic SuperBowl commercials, I’d say it was refreshing to have M.I.A.’s rebellious voice (finger?) heard (seen?). I like what Sasha had to say about it:

Fine, it may not be legal to flip the bird on television, but that’s simply a remnant of the fifties we haven’t shaken. Unless somebody was handing out Xanax with the foam fingers, Lucas Oil Stadium was ringing with the music of profanities last night. More to the point, television viewers were submitted to ad after ad that likened women—negatively—to sofas, cars, and candy. Mr. Winter didn’t have anything to say about that, so I’d like to raise both of my middle fingers to him and anyone who thinks profanity is somehow more harmful to our children than images of violence and misogyny. [link]

And since images work better for some people than words. How about this?(H/T Bennett) 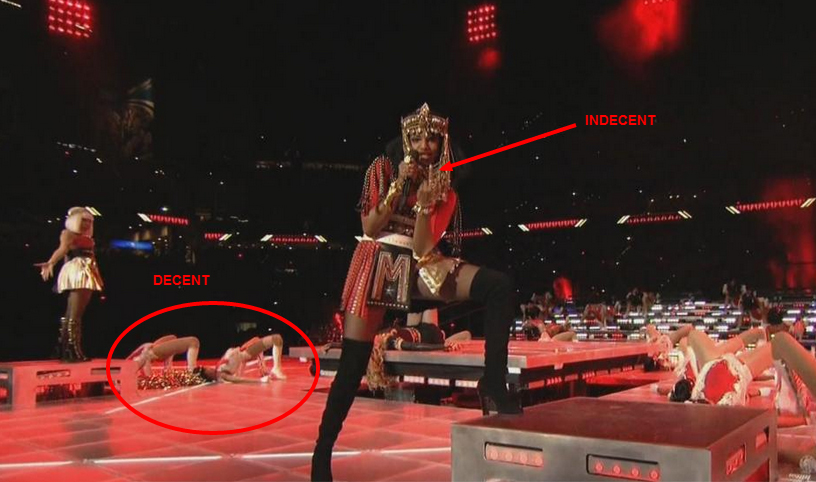 M.I.A. Flipping the Camera and Back Up Dancers with Their Crotches Up

2 thoughts on “Brown Finger’s Pointing at You”