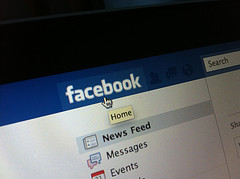 Sanghvi is from Pune, India, and studied electrical engineering at Carnegie Mellon, where she got used to working in a nearly all male environment.

Sanghvi said she was used to being the odd woman out — she was one of five female students out of 150 in a course in the Electrical Computer Engineering department — and at Facebook, she again found herself on a team with only a handful of female engineers.

Though she looks back fondly on her time at Facebook and describes it as “one of the best companies to be working at right now,” she said her male co-workers enjoyed a certain camaraderie that she could not match or fully penetrate.

“It was difficult to break into the boys’ club,” Sanghvi said. “I wish that females had a similar culture or support network.”

Sanghvi said the male engineers on her team created a “brogramming page,” presumably only for the Facebook “bros” who were programming. She recalls having to change her working style to adapt to the “aggressive” environment, a shift she said affected how she was perceived.

“Engineers are either aggressive or passive aggressive. You need to just dive straight into it, and sometimes there are social repercussions because of it,” Sanghvi explained. “The impression that people had of me was that I was really harsh, hard-edged, brusque and to the point. All of that happened because I am a woman, and I was acting in that kind of environment.”

She had more to share on the topic of mentors and role models, advice for women to be proactive, and praise for the tech industry’s culture of rewarding ability. Read the full profile at Huffpost.

Related: The next Mark Zuckerberg, Happy Engineer’s Day in honor of Mokshagundam Visvesvaraya