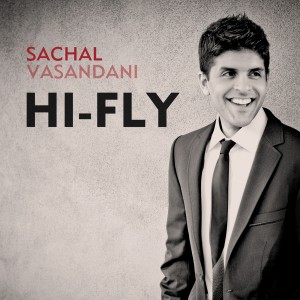 Q: How often do people ask you, “What’s a young man doing singing such old music? Why jazz? Why not that pop, Justin Bieber-type stuff?”
A: [Laughs.] Well, nobody has ever asked me why I’m not Justin Bieber. There’s a lot of freedom and self-expression in jazz – that’s really what attracted me to it. I just saw the music video for that Katy Perry song, “Last Friday Night (TGIF)”. You have Katy Perry, Rebecca Black and then Kenny G is there, and they’re totally making fun of him. He’s the crazy old uncle sitting in the corner. That’s people’s impression of jazz – that it’s cheesy, corny, old and elitist. But jazz gives me the ability to explore soulfulness in a unique way. Everybody is looking to find ways to reach the soul – my particular avenue is jazz. Q: Before you sang jazz, what did you sing? Or were you born scatting?
A: I was in rock/ ska bands as a kid. I played bass guitar. I did all your basic covers — Stone Temple Pilot, Soundgarden. I still look up to Chris Cornell. But jazz gives you a window into a message that might not have a chance to be expressed – it can also be fresh and cool. Although nowadays that idea of swing, i.e. the throwback vibe has become popular through musicians like Michael BublÃ©.

Q: Does that mean Michael BublÃ© is your archrival?
A: Not at all. First of all, he sold like a bazillion records and I haven’t even come close. His style is – let me do this throwback thing and through that become a pop-star. There’s a place for that. But my thing is, let’s not do throwback. Let’s make it fresh.

Q: You’re a vocalist/lyricist, but you gave up a career in Wall Street as an investment banker. How did your family react?
A: My family and parents asked me tough questions, but they also were the same people who encouraged me with what I was doing. They told me, “Make sure you’re sure and don’t just dip your foot in the shallow end.” Maybe if I were just coasting and didn’t have that kind of feedback from family – it wouldn’t have made me go all in. You gotta rock out or go home.

As for Wall Street, well I learned a lot from that experience. I learned to deal with tough people and how to have a thick skin. People on Wall Street work long. Not necessary hard, but long, and that kind of tenacity was impressive. But there’s so much more inspiration in me for the arts and it’s always been that way. I don’t really miss Wall Street.

Q: What is your favorite song on the album and why?
A: That’s hard for me. I love them all. They’re all my little babies. What’s your favorite?

Q: Definitely “Summer No School!” But in addition to your own songs, you also covered a few on your new album, including one by Amy Winehouse. True or false. You need a drug/alcohol addiction to achieve Winehouse-like sound on “Love is a Losing Game.”
A: True. I don’t know. [Laughs.] I think she writes great song and she’s a helluva singer. She’s a mess at times. We’re all a mess at times. Some of those jazz musicians had really wild lifestyles. So Amy Winehouse in the constellation of musicians doing their thing is not a big surprise. People have been talking about Billie Holiday like that for years.

Q: What musicians would people be shocked you sing in the shower? Secretly a metalhead?
A: Definitely. There’s no limit to what I sing. Everything from Katy Perry’s “Fireworks” to Albert Ayler. I make it a point to listen to whatever’s out. I like a lot of popular hip hop. Rock. Bluegrass. Everything.

Q: Even country?
A: I’m not mad at country. I have a real affinity for singers who tell stories. That could be anyone from Drake to Iron and Wine.

Q: What inspires your songwriting more? Heartbreak or puppy love?
A: It’s a little bit of everything. I get my heart broken a lot. So I write a lot of songs about rough stuff. I have a feeling that for the rest of my life I’m going to be working heartbreak into my songs in some sort of deep or cutesy way.

Q: Who did you start out trying to sound like and who do you think you sound like now?
A: Learning what came before and finding your own voice – that’s every artist’s plight. When I was in school, my music teacher gave us the example of Picasso. He was always breaking rules, but before he did that, he simply copied the masters that came before him, stroke for stroke, so he could at least understood the styles that were on display.

First I had to solidify my backbone, so I could tell a more honest story about me. Whatever title you want to give me, whether it’s “Indian,” jazz, or “pop” – I aim to to express my own voice and style. I started out aping people like Ella Fitzgerald, John Coltrane, Billie Holiday and Joe Williams. In school, if you told me of a great jazz singer, I would buy all their records and study them. More recently it’s music from outside of jazz as well as inside. People like Bon Iver.

Q: I’m going to ask you a question my fellow blogger Sugi once asked Vijay Iyer, “What challenges did a South Asian background pose on your road to this multi-faceted musical career?”

A: I’ll start by saying that I don’t tend to have a reference point. Like, I can’t say, “The white version of me or the black version of me would have it so much easier.” But it’s been interesting and fun, and it’s not without its challenges. [For] my entire childhood, with some exceptions, I didn’t have a whole lot of Indian friends. I hadn’t met a lot of Indian kids who were into the arts – period. You tend to go with people who have commonalities. Now that I’m older and on the road and stuff… well I don’t know what the Indian community or the non-Indian community says about me behind closed doors. But I know people have a hard time saying my name. It’s easy to dismiss things that seem unfamiliar. Beyond that it’s been a pleasure to be me and have these different experiences.

My music brings me to places where people expect a certain kind of sound and vibe, but then you have a name like mine that stands out, even in metropolitan places like New York City. But certainly, when I’ve traveled in places like say, South Dakota, I get a lot of questions. It’s never animosity, but a lot of questions about my heritage. I tend to think that sometimes if people didn’t have that hurdle to get over, it would be easier. But every time I think that, I also think of Obama. Not only does he have a different heritage – but the name is uncommon. There’s inspiration everywhere.

Want to learn more about Vasandani? Then check out the interview former Mutineer Siddhartha did with the crooner over at MTV Desi.

5 thoughts on “Q&A with Sachal Vasandani: “You Gotta Rock Out or Go Home””