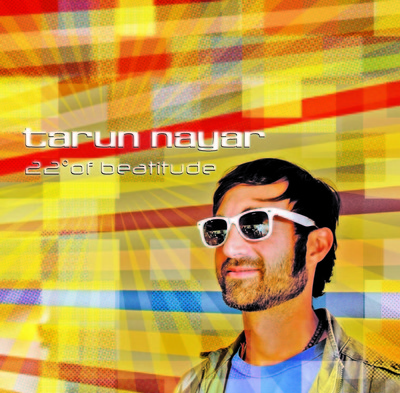 Today’s #MusicMonday is an electronic beat that has been on repeat on my iTunes this week and comes to you off of 22Âº of Beatitude, an album that drops tomorrow on March 1st. The album is Tarun Nayar’s first solo effort and is a compilation of music spanning a decade of sounds collected worldwide. Tarun has been a music maker for years, having traveled the world in the Canadian fusion troupe Delhi 2 Dublin as well as been a part of the music site Chaiwalla’s BOOMBox.

Breaking out of the dancefloor-driven format, Tarun’s aim was to record as many of the sounds as possible, live, without the use of sample libraries. Each of these songs tells a story, and each story is a chapter in the artist’s life.

22Âº of Beatitude will be released March 1, 2011 and will be complete with archival photos and videos that will accompany each track on the album and enhance the music into a dynamic visual experience.[tarunnayar]

The album itself is an eclectic electro mix fusing together the classic Indo-influences with a range of drum n bass, trip hop, and chill beats. A lot of the sounds are reflective of the Karsh Kale, Bally Sagoo, Talvin Singh era of sound from this past decade. But the song that I can’t get out of my head diverges from the rest of the album with a surprising B-more funk that feels like it was dropped in the middle of hot day in Rajasthan.

808s and Sheikh Sarai by TarunTspoon

Love it! It’s queued between Jai Paul and Rye Rye on my iTunes playlist now. To hear more songs off of the album visit Tarun’s SoundCloud, and for more info on the album which drops tomorrow, visit his website or his twitter @TarunTspoon.