I’m not really big on Bollywood/Bombay-ish/Filmi music, though I have a vague appreciation for the historical importance and the beats do fill me with that Desh pull. But that just may change with a new site just up on the interwebs and recently handed to me, thanks to an awesome find by GirishRaj. It was so delightfully mishthi, I just had to share on The Mutiny immediately. 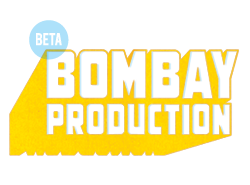 A beautifully designed site, Bombay Production is the Desi version of Pandora, on really spicy achar. With visuals reminiscent of classic Bollywood posters, an easy to surf matrix layout and the ability to easily listen through songs throughout the eras, this site is sure to be a hit amongst all of you amateur Bollywood ethnomusicologist.

For over seven decades films have been the primary entertainment source in India, introducing us to great music through highly creative and talented singers, songwriters and composers. Our inspiration comes from this rich history and we hope to capture some of it’s magic to bring you an experience that is different and engaging.

Bombay Production is designed to simplify the listening experience with one click. We’ve gotten rid of clutter and through simplicity in design created different stations that capture the mood and the flavor of a particular decade, artist or genre. The stations are randomly placed with musical tracks that are carefully selected and meant to surprise and delight you. Our collection is small but slowly growing. As we continue to grow, along with our listeners, we will be adding more music as well as customization to the stations.[bombayproduction]

I think the site has a lot of potential with an amazing catalog of music that had previously only been on vinyl – I’d love to see it expand the musical genres to include the classic rock scenes of India, emerging hip-hop, and maybe a Chutney collection too. Excited to see where this site goes and who are the brains behind this musical experiment. Don’t forget to follow them on twitter too – @BOMProduction. What do you think?

9 thoughts on “Nostaligia for Your Ears”