Hello and welcome to another episode of Original Copy, the show that 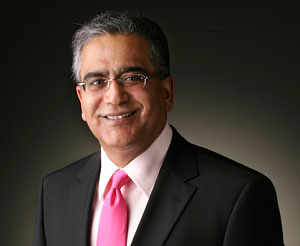 teaches you how to make your mark in the competitive world of journalism. Today we bring you a lesson on what to do if you’re caught lifting another writer’s work. As you may have heard, Aroon Purie, editor-in-chief of India Today, had to apologize for a recent “From the Editor-in-Chief” column that included lines like this: “If a tiger had sex with a tornado and then their tiger-nado baby got married to an earthquake, their offspring would be Rajinikanth.”

As it turns out, that sentence and nine others originally appeared in Slate writer Grady Hendrix’s article on Rajinikanth. Purie sent apologies to Hendrix and Slate editor David Plotz, which Hendrix included in a piece called “Great Writers Steal.”

It’s my normal practice in my letter from the editor to enumerate why we carry a particular cover story. In the regional edition of our weekly newsmagazine India Today issue dated Oct 18th 2010 we carried a cover story on the film star Rajinikant.

I normally ask for inputs on subjects that are specialized , as for instance a superhit filmstar from the south, from those in charge of editing the copy. Some of the inputs which were sent to me on Rajinikant were unfortunately taken from an article authored by Mr. G Hendrix in your magazine. This was not known to me. I believed it to be original copy and a portion of it got included as inputs in my longer letter from the editor which got published. I greatly regret this error.

Rajinikanth is indeed a very specialized subject, one that’s studied diligently at many Tamil Nadu theaters. So it’s no surprise that Purie asked for inputs, and believed them to be “original copy.”

Assistant: “Yes, sir, we are the first ones to copy it.”

Purie included an apology in the Oct. 25 regional edition of India Today:

Jet lag is clearly injurious to the health of journalism. I was in America,
and still a bit bleary-eyed and sleep-deprived when we took an
unusual decision: to split the cover. This is jargon for changing the
cover for some editions; so while the content of the magazine remained
the same worldwide, the cover that went to our readers in south India
displayed the phenomenal Rajinikanth, while our other readers saw
Omar Abdullah on the cover. This meant writing two versions of ‘Letter
from the Editor’. Not being an acknowledged expert on the delightful
southern superstar, I asked Delhi for some inputs. Unfortunately, a couple
of sentences lifted from another article were sent to me. An excuse is not
an explanation. So, without any reservations, mea culpa. Apologies.

There are some important lessons here for anyone caught using another writer’s work:

1. Blame jet lag. If you’re sleep-deprived and can barely keep your eyes open, how can anyone expect you to read, let alone write, your own column?

2. Blame your inputs. It’s one of the basic rules of journalism: Good inputs result in good no writing.

3. Minimize the damage. Don’t say that “10 sentences” or “about 250 words” were lifted when “a couple of sentences” will do. Most readers can’t count anyway. And if they do, you can always say something like, “I asked for inputs on the number of sentences that were lifted.”

4. Placate your readers. If you’re apologizing to readers in the South, it always helps to include words such as “delightful southern superstar.”

5. Avoid lifting material from well-known media outlets like Slate. Instead, focus your lifting efforts on lesser-known bloggers. You won’t even have to apologize.

6. Get a nice display in your home for all your journalism awards. And make sure it has a lock, so no one lifts them.