This week’s nugget is a soon-to-be-legendary gem of a track that I’ve spent over 3 years trying to dig up before finally tracking down a copy in a warehouse in Delhi. It was mine (and mine alone!) to enjoy until I foolishly informed Manish of this magical slice of audio heaven at a party last March. I guess if I’m going to have to share it with him, I might as well introduce you guys to your new favorite summer jam.

What was that insufferable science-fiction movie that came out a few years ago, set in an improbable parallel universe where a wisecracking 16 year-old could simultaneously make superfluous references to Soupy Sales and nonchalantly decide the future of her unplanned fetus all in the same hamburger-phone call? It doesn’t matter, as the only interesting part of that unbearable film was the unearthing, for the masses, of Sonic Youth’s cover of Superstar. Eerie, with equal parts irony and insanity, the Thurston Moore-led reworking revived interest in the track that helped define the careers of both Bette Midler and The Carpenters and introduced his art-rock band for another generation of smarmy hipsters. Now, imagine the inevitable Bollywood remake and that scene, where little Jaanu slow dances with the Uncleji vying for the child inside her womb- what uberhip, obscure cover song by a brown artist could match Superstar’s cool cred and lilt ominously from the record player? Glad you asked.I had first heard a low quality, 30 second clip back in 2006 after stumbling onto an eBay auction from a Bollywood vinyl dealer in Norway. Fascinated by what I had heard, I crossed my fingers and, hoping beyond hope that no one else would take notice of this remarkable record at placed, my bid. The final fetching price was beyond silly and after months of daily internet searches that yielded no results, I feared that I would never lay hands on the track. Fast-forward to 2008, when exploring around the Jama Masjid in Delhi, I stumbled onto a small record shop. 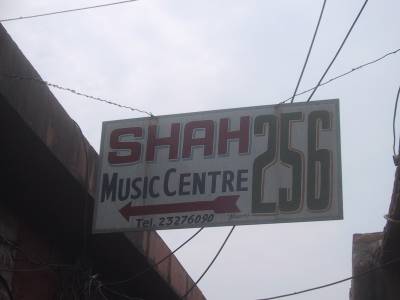 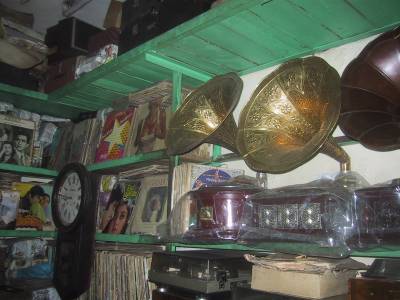 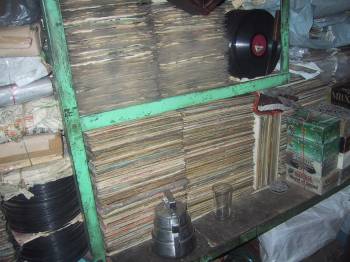 I had discovered the famous Shah’s Music Centre. It’s run by Syed Zafar Shah: walking encyclopedia of music knowledge, owner of the largest private record collection in India, and notorious driver of hard bargains. After the obligatory as-salamu alaykum, I blurted out “Do you have any Usha Uthup?” A knowing smile formed on his face, and soon I would be figuratively picking his brain as he would be picking my wallet. It took an hour of my time and the last of my money, but I finally had in my hands the Holy Grail I’d been searching for. 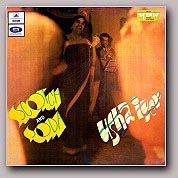 I referenced her last week for her bubbly, over-the-top Michael Jackson cover, but she shines today for a totally different reason. If chopped and screwed existed in the 60s, her cover of “California Dreamin’‘” would have probably made Usha Uthup the DJ Screw of her generation. Slowed down considerably to perfect head-nodding tempo, this breathy, smoky, and ethereal cover, replete with spooky organ and stoned surf guitar solo, stands as one of the most creatively original re-imaginings of a pop song that came out of the 60s. With her backing band, The Ronnie Menezes Quartet, Usha takes enough wild liberties to turn the song into something uniquely her own. Gone are almost all of the elements that made the Mamas and the Papas hit an enduring classic 40 years after its release: the lush and tight harmonies have been replaced by Usha’s solo and soulful voice, the bright acoustic guitar has given way to Ronnie’s slightly-detuned 8 string. Completely unlike the contemporary Bollywood sounds of the era, (some of which were near-wholesale plagiarisms of American and English songs) Usha, still in her early 20s, and her band seemed to be operating outside of the tired tropes of “East Meets West” and arranged California Dreamin to fit their own expections and not some preconceived notion. Sure, authenticity is a hoax, but I can’t deny that is some of the freshest, realest ish I’ve ever heard, let alone from 1969.

The most exciting part of the cover is certainly its coda. Without giving away any spoilers, the song is a slow, steady crescendo and Usha’s surprising and brash code-switching at the most intense point proves to me that this is the most California of all the Dreamin’s. (Even the most quintessentially Californian band, the Beach Boys, couldn’t capture any of that energy in their dance-y but lackluster version of the song.) And finally, just as Bob Dylan had no choice but to relinquish “All Along the Watchtower” to Jimi’s virtuoso interpretation, “California Dreamin'” has ceased to be merely an American pop song to me anymore, but is now the sole creation of a subcontinental lounge band, jamming in some smoky, Goan pub for no one else but themselves. Without any further ado:

(And yes, I am aware that the needle’s on a bit heavy and that record could use a deep cleaning, but I wanted the listener, probably already spoiled by the slick and overproduced sounds of modern music, to hear this as it would have sounded during the Summer of Love, and without the aid of a turntable or a time-machine.)

Summer may be on its way out, but this track is timeless. Crank up that iPod, stir your lassi,sit back and relax: no matter if you’re not poolside or even stateside, because for the next 4:44, we’re all California Dreamin’.

(Shout out to Manish, the original California Dreamer, of whom I owe the inspiration for digging up a lot of these nuggets.)