And now, some interesting news from down under. The beautiful country of New Zealand is in the final process of rounding up 40 illegal immigrants (aliens? undocumented workers?) of Desi descent who entered the nation under the guise of a Catholic pilgrim group. The 40 had entered New Zealand in the run up to the Pope-sponsored World Youth Day in neighboring Australia – 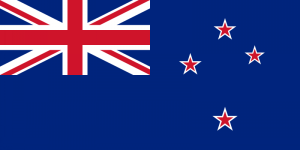 About 220 Indians came to New Zealand as part of Days in the Diocese, a pre-World Youth Day event that gives pilgrims time with Catholic families and acclimatises them to the host country’s culture. For the first time, Days in the Diocese was extended beyond the host nation, with Sydney’s organisers asking New Zealand to be included.

During those days, though, 40 Indians went missing at different times in what appears to be an orchestrated attempt to stay in New Zealand.

…Parish priest Fr Peter Murphy said host families were “obviously upset” that the young people went missing, some leaving in the middle of the night ­- even jumping out windows.

p>Interestingly, the local Sikh society played a key role in the drama & in rolling up the ring –

Scamsters in New Delhi had reportedly told them they had bought the right to live in New Zealand – at around $17,000 each…[Sikh Society spokesman Daljit] Singh, who has been in contact with some of the missing Indian pilgrims, says some are as young as 16 and thought they were coming here to study.

But he says it is very upsetting for all the pilgrims, as they are now realising they have not bought a new life and were cruelly swindled. 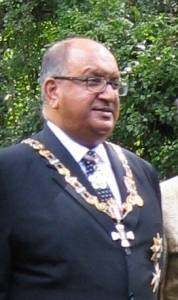 ; FWIW, he happens to be Catholic.

While a few were indeed Catholic, coming from Punjab, clearly many weren’t and their reason for choosing New Zealand is even better -

The 39, masqueraded as Catholics while some are Muslims and Hindus, were billeted with Catholic families in Auckland on their way to the celebrations in Sydney.

For me, having spent a good chunk of my life in 2 states grappling with illegal alien (errr.. “undocumented immigrant”?) problems, one of the most interesting aspects of this was the crucial role played by the local (documented?) immigrant communities. Although sometimes stereotyped as turning a blind eye if not actively encouraging illegal immigration, in NZ the legal immigrant community was instead instrumental in lawfully & humanely rounding up the 40 -

[3 men] made their way to Tauranga, where they had heard there was a large Indian community and good prospects of finding work, and paid a taxi driver $550 to take them.

[Sikh Society president] Manprit Singh said he had agreed to provide the men with shelter as long as they fronted up to Immigration New Zealand, and he encouraged the remaining 36 men to do the same.

Manprit Singh brought the three men to Auckland to meet officials yesterday. Daljit Singh was also at the meeting. He said the men were told they had to comply with their visas, which expires on August 5 or they will be “forcibly removed” from the country.

….A further 12 of the group that went awol have made contact with the Society in the past day and Daljit Singh said he was trying to arrange for them to meet immigration officials.

…The New Zealand Indian Central Association yesterday urged its members to help the authorities trace the remaining missing men, whom a Department of Labour spokesman said they were still trying to locate.

[NZ Indian Association general secretary Veer] Khar says they are trying to stay illegally in the country and the Immigration Service should be doing all it can to catch them. He hopes immigration comes down hard on them and sends them straight back to India, saying they are damaging the reputation of all Indians in New Zealand.

[Indian NewsLink Editor Venkat] Raman says it is extremely naive to think money can buy them residency in New Zealand. He says they should have known they would not be able go to a western country without proper documentation or secure employment.

I suspect for many, the reaction of the local legal immigrant community to the illegal newcomers is an interesting socio-political litmus test. At least in this case, when their loyalty to the Rule of Law in New Zealand was pitted against co-ethnic loyalty to fellow Desis…. Rule of Law won. Should, whether & to what degree this happens in other communities & countries is a crucial, if not well articulated, underlying factor in the (illegal) immigration debate world wide.

[UPDATE] Since a bunch of the comments are interested in what I personally do (or should) believe about this case, lemme put a few simple points out there

169 thoughts on “The Pilgrims & The Indians [updated]”