Aunties can sleep better at night now that SCIENCE is on the job. Examining peoples’ behavior in online dating settings (which is equivalent to looking at biodata), they’ve noticed a few clear patterns:

Men are easy – they are generally interested in hotness above all. 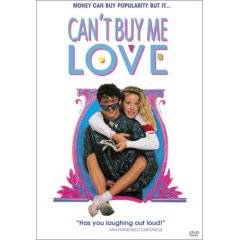 Women are choosier, but it turns out their preferences are fungible. This is good news for aunties because it gives them a metric with which to translate different suitor’s attributes to a common scale, allowing them to rank apples and oranges. They can tell, for example, whether an average woman (in this study) is likely to prefer the not quite as handsome, shorter i-banker or the more gorgeous, slightly taller, high school English teacher.

What is this common scale? Money. According to these researchers, women will forgive men’s flaws if (gasp) they earn more.

Consider looks. A guy can compensate for ordinary looks with more moola, which tells us what he has to reveal in his biodata if he wants to be a playa:

Cash also acts like elevator shoes for our shorter brothers:

Race matters too. Generally speaking, men were more willing to date somebody of a different race than women, with the exception of Asian women who preferred White men over others. (3/4ths of Asian-white marriages have Asian women and white men [Link] )

For equal success with an Asian woman, an African-American needs no additional income; a white man needs $24,000 less than average; a Hispanic man needs $28,000 more than average. [Link]

It’s not clear whether brown women act like their other Asian counterparts – any thoughts?

Lastly, if you want to get around these sorts of hurdles, skip the biodata and move straight to cha:

… people who are terribly picky in choosing partners online will relax their standards if they spend just three or minutes talking to someone at a speed dating session. [Link]

There you go. Now that science has helped Aunties, maybe it will come up for a way for the rest of us to be able to evade them. Oh yeah, it’s called caller ID

In case you’re interested, here is the academic paper in question