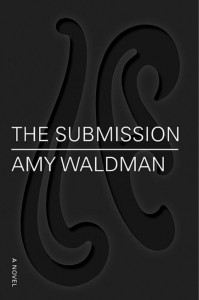 The New York Times noted its “limber, detailed prose.” The Guardian stated: “Waldman’s prose is almost always pitch-perfect, whether describing a Bangladeshi woman’s relationship with her landlady or the political manoeuvring within a jury.” In The Washington Post, Chris Cleave wrote that Waldman “excels at involving the reader in vibrant dialogues. Additionally, The Submission was named Esquire’s Book of the Year, Entertainment Weekly’s #1 Novel for the Year, NPR’s Top Ten Novels for 2011 and the list goes on. NPR’s Maureen Corrigan called it “gorgeously written novel” and went so far as to call it the 9/11 novel. High praise, indeed. END_OF_DOCUMENT_TOKEN_TO_BE_REPLACED