Americans are fussy about personal cleanliness. Body odour makes them shudder in disgust. Personal care products such as shampoos, deodorants, dental floss and mouthwash are multi billion dollar industries. Put these down on your shopping list and use them liberally and frequently…

Don’t ask for a rubber, what you want is an eraser.

FYI – some of you may be interested in comments I left over @ Seshu’s Tiffinbox blog re: Outsourcing & Capitalism. The comments are perhaps a tad overly political vs. the type of stuff I’d generally post here but I thought it may be of interest nonetheless -

So, outsourcing = 0.04% of India total GNP. A drop in the bucket. By comparison, India’s other exports (farm products, textiles, etc.) = $57Billion

SECOND – there’s a different theme in your post which I consider one of the most significant, and yet unseen political divides – are the Rules of Capitalism Natural or Arbitrary…

A friend of mine from Pakistan sent this to me -

This picture, taken in a small town in Pakistan, symbolizes what some of us deal with at work on a daily basis. The project load, that familiar expression of helplessness, the lost belief in struggle, supervisor’s indifference, the … 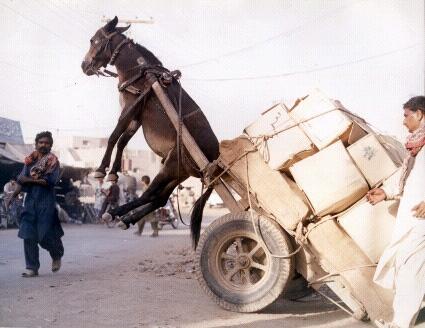 The tourists, traveling in two buses, were stopped Thursday night near the village of Santoshgarh, the home region of two of the three Indians who are among seven truck drivers, who all work for the same Kuwaiti company, being held hostage by unknown kidnappers in Iraq.

The tourists — 22 Britons, two South Koreans, a Japanese, an American, a Canadian, two Swiss, two Poles, a Dutch citizen, three Tibetans and two others of unknown nationality — were returning to New Delhi from the Himalayan town of Dharmsala, said police officer Bimal Gupta.

Kamat posted a few picts of fruits / veges that may wax nostalgic for kids who grew up at an Indian table. I for one tried dang hard back in the day to explain to my non-desi friends what a Bitter Melon was and they’re probably still wondering why someone would eat one. 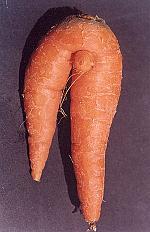 First, if you haven’t seen Harold & Kumar go to Whitecastle, you’re a turd and you don’t know what you’re missing. Using my unparalleled Desi-in-SF connections, I had a chance to hit a sneak preview a week before the flick opened for the proletariat.

I’m a tough critic (albeit with a softspot for juvenile slapstick humor) and I was frankly bursting in laughter throughout the flick. If my recommendation ain’t enough to compel you to part with your hard earned $8, then perhaps this message from Kal Penn might convince you -

Remember when “Indiana Jones and the Temple of Doom” came out and no one would sit next to you in school because they thought you had monkey-brains and snakes in your sandwich?… Unfortunately, most of us within the South Asian American community have had negative experiences with media images.

…I might be biased since I`m IN the film, so I`ll quote my mom (she loved it too). I believe her words were, “Very nice beta.” She was joined by Ebert & Roeper who gave us “Two Thumbs Up” (the physical gesture, not the Indian soda).

Entertainment or community service, whatever the motive, go check it out.

Here’s ours. The strange tale of the Indian hostages as interpretted by The Acorn -

Fears that Iraqi insurgents do not follow Bollywood scripts and hence not play tango with the Indian government’s hostage negotiation strategy were unfounded. Shiekh Dulaimi, an Iraqi do-gooder who is ‘helping’ in the negotiations has just demanded that Hindi film icons of yesteryears make an appeal for the release of the Indian truck drivers the Iraqi kidnappers are holding hostage. Before this is over, it would not be a surprise if Hema Malini is asked to dance over broken shards of glass while singing that famous song from Sholay. Thanks to all these bizarre twists and turns, the hostage drama is fast reducing into a farce, or so it would appear.

Those who denounce (or, in the case of Continental realists, admire) Hamiltonians for there presumed hard-nosed, realist approach to promoting the national interest have misunderstood the synthesis of principles and interests that does so much to define the Hamiltonian mind. Business is the highest form of philanthropy; commerce is the fastest road to world peace.

If you buy it (and I certainly do), then this interview describing future Indo-Pak trade prospects should be very heartening -

Since posting about the desi-fication of danieldrezner.com, I’ve been eagerly waiting for the first posts from Reihan Salam & Siddharth Mohandas- I haven’t been disappointed.

They start by brown-nosing their host -

Simply put, Dan Drezner is my hero. I feel really lucky to be here. Now I will abuse this privilege with a long, rambling post that will alienate almost everyone.

Vote of thanks followed by rambling? Sounds like he’s giving a desi wedding toast. Reihan in particular sounds like a good candidate mutineer after his Drezner guestblogger gig is up -

I dig a good rogan josh at least as much as Siddharth, so I figure that, if not my undying love for Panjabi MC and Nehru jackets, makes me an honorary member of the Indian Â“diasporaÂ” (to use a problematic and widely misused term).

… IÂ’ve always identified very strongly as an American. While I donÂ’t consider myself a national chauvinist (I wouldnÂ’t, for example, pee on someone for being Canadian, let alone set them ablaze, though I might be sorely tempted), I love my native country for fairly old-school nationalist reasonsÂ—i.e., not for the Constitution, which is perfectly adequate, but for its language, culture, and a sense that IÂ’m entangled in its troubled-yet-inspiring history. Which is why I think Â“Harold and Kumar Go to White CastleÂ” rules so hard. IÂ’ve already seen it three times, and I imagine IÂ’ll see it again very soon. Go watch it. Seriously, it rules.

Daniel Drezner is proprietor of one of the most influential Classical Liberal / Libertarian / Academic blogs (take your pick of pigeon holes…) out there . The man has quite a following and regularly squares off with the equally eminent Brad DeLong. Drezner’s blog has landed him writing gigs for top tier national magazines and expert commentator roles on several TV news shows.

So, when you’re Drezner and you decide to take a weeklong blogging break – you need not one but 2 guys to guest blog and fill your shoes. It’s a pretty wild coinki-dink that from the sea of folks who’d kill for the exposure (sigh, myself included), both bloggers ended up desi.