In the wake of the announcement of her memoir The New York Times gives her the full treatment, South Carolina’s Young Governor Has a High Profile and Higher Hopes:

Nikki Haley, at 39 the nation’s youngest governor, loves her iPod.

When she signed a long-fought bill to bring more transparency to legislative voting, the Black Eyed Peas blasted through the Capitol rotunda here.

Joan Jett, a personal hero because of her fight to prove that women can rock, provided inspiration when it seemed impossible that a relatively inexperienced, deeply conservative woman with Indian immigrant roots could win a bid to govern the state where the Civil War began.

But Ms. Haley’s most enduring theme song, as it was when she campaigned on Tea Party politics and a nod from Sarah Palin, might be Tom Petty’s “I Won’t Back Down.” 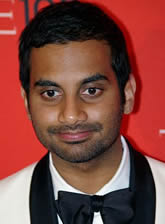 It hasn’t been a year since she’s been in the governor’s mansion, so it isn’t as if they had that much to work with. Aside from the specific reference to her parents’ immigrant background and her difference from the run of the mill South Carolina Republican as an Indian American woman there isn’t much to the profile which is brown-tinged. One aspect of this is which is rather noticeable is that Haley is very light-skinned, and could probably “pass” (This is not an opening to assert how awesome you’re “brown-dar” is and how clearly brown she is to anyone with eyes. I have read enough instances where some South Carolinians were surprised about her Indian background, assuming she just liked a good tan. This could not have been the case with Jindal). Additionally, with her name change and conversion to Protestant Christianity she has assimilated to her cultural background a great deal. Contrast her with another brown American raised in South Carolina, Aziz Ansari. More saliently brown in appearance and name, instead of assimilating to the Christian majority Ansari is an admitted atheist. These are obviously different paths!

Granted, I don’t want to overemphasize the depth of Haley’s conversion. There is a fair amount of evidence in the public domain which suggests that her shift to an identity as a Methodist was more of a transition than a rupture. The exigencies of politics in the “Bible Belt” are such that it would be professional malpractice to deemphasize Christian bona fides. That she emphasizes her positive beliefs in the Christian religion, as opposed to a strong negative contrast with the “darkness” before she accepted Jesus Christ as her savior, suggests to me that Haley’s personal orientation is more toward that of moderate mainline Protestants than that of evangelicals, let alone fundamentalism. That seems obvious in that she’s a member of the United Methodist Church in Lexington, which is comfortably mainline. I also infer the nature of her beliefs in part from the What We Believe section of her church’s website. Contrast their sparse set of principles with the belief statement with that of the First Baptist Church in Lexington. Those congregations with a fundamentalist or evangelical orientation are more prone to having a precise “laundry list” enumerated in exactly such a fashion. Haley’s church does not.

But if Haley is going to be remembered in the future her religion is going to be a marginal issue. Who today recalls the curiosity that the first Italian and Jewish mayor of New York City, Fiorello La Guardia, was an Episcopalian? During his lifetime this was a major topic of discussion, but a mayor of New York with an “ethnic” background no longer merits raised eyebrows. The salient human interest points at any given period of time differ. But policy is what is the measure of a politician. In that domain it is safe to bet that Haley will follow Jindal’s path toward being entrapped by the reality that remaining popular is difficult when you have to enact changes which might anger some. It is simply a statistical fact that most politicians are like shooting stars. Only a rare few last in our imaginations. Already Haley’s approval rating is at parity with her disapproval This is probably in part due to the generally difficult economic times across the nation. And yet like many states in the South the governorship of South Carolina is a weak position. The most tangible benefit is the access to the bully-pulpit, but without cooperation from the legislative branch the executive is not going to be very effective in influencing policy in a positive sense. Haley’s predecessor, and original political patron, Mark Sanford, may have gotten a lot of national press for his conflicts with other politicians in the state over fiscal issues (not to mention his personal life!), but from what I gather he was viewed in the end as an ineffective governor.

Nikki Haley may want to be a fiscal conservative who vetoes spending, but the Republican legislature has been overriding them! This is great as far as national optics go, she can take credit for trying to cut spending, all the while the state will continue to operate as planned. Right now this detail is not relevant for national press profiles, but if Haley is elevated to a higher level this pattern will come under scrutiny. Instead of glowing puff profiles she might be faced with articles which imply that there isn’t any substance to the style.

This is a fine direction by me. A focus on a politician’s biography, their race, religion, and class origins, are natural human reactions. Personal history matters to us. Period. But it is the substantive political planks and policies enacted which will echo down through the generations.

Personal note: My own normative preference is toward a lean and humble government with minimal ambitions. But from what I can gather those politicians who believe they can push through changes through force of personality fail. Mark Sanford and Jesse Ventura are case studies in this. The institutions of America’s government are such that yelling louder or making a firmer stand does nothing over the long run. So my expectation for Haley having a lasting effect on South Carolina politics are dim. I hope to be wrong.

Addendum: I’m prone to deleting long accusatory rants about Nikki Haley in the comments. Just so you know. Diminishing marginal returns on that sort of thing.

72 thoughts on “The Haley bubble”