I began blogging because of Osama Bin Laden. This was not a necessary condition, but it was a sufficient one. I make that qualification because there are various aspects of my personality which indicate to me that I’d have started blogging when blogging became popular, no matter the details of the world around us. And, I suspect that blogging would have taken off, 9/11 or no 9/11. But in our world the path dependency played out so that political blogging and 9/11 have a strong relationship, with the latter leading to an explosion of the former.

And so I began my online adventure in April of 2002 in the wake of the rise of the “warblog.” My main interests were the War on Terror, web application programming (JSP/Servlets especially), and genetic engineering (in favor!). 9/11 had perturbed me from my default milquetoast libertarian isolationism, though I will admit that my initial starting position probably helped me be only mildly pro-war at the peak of the fever in March of 2003 (I recall throwing out 60 out of 100 in terms of how “warm” I was to the idea of invading Iraq, with 50 being neutral). As the years have passed I’ve rapidly retreated from the position of what I like to think of as my “neocon years.” One gauge of this may be that I used to check out Libertarian Samizdata every day in 2003, but drop in once a year to see if it’s still around now. 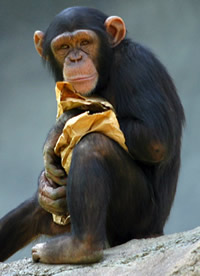 What I really learned from those early years of blogging is that I don’t generally have any opinions which add any value in international affairs beyond what a chimp throwing darts on a board with a finite set of options would add. I also came to the conclusion that that was also the case with most international affairs experts. And don’t even get me going on the blogosphere. With all that I naturally retreated back to my “comparative advantage” in science, and have generally avoided talking about the Middle East except in cases where my interest in ethnography can shed light on particular local dynamics (e.g., the transformation of Syrian Alawites into conventional Twelver Shias in name if not fact in the 1970s for reasons of geopolitical necessity).

Which brings me to the personal. Unlike some American South Asians who are Muslim I didn’t have to wrestle with how I should approach my faith after 9/11. I don’t have a faith, and don’t particularly respect faith. Unlike some American South Asians who are Indian American I didn’t see any strong analogy between what India regularly experienced at the hands of Islamic terrorists and what Al Qaeda wrought upon us. That’s because I just don’t know the Indian geopolitical landscape. It has no strong emotional valence for me. As an isolationist my stance was that America should keep to itself and leave other nations to manage their own business. Even during my neocon phase this meant that I tended to take an Americo-centric view on the War on Terror and its global context in practice (e.g., I remained, and still remain, an Israel-skeptic by American standards, though I’m not too worked up over the issue).

But I’m brown. In fact I’m not that different in shade from Osama Bin Laden. On the day of 9/11 some friends from college called me out of the blue, and asked if I was “OK.” Their concern was clearly the issue of racially motivated attacks. It certainly happened in the wake of those events in New York in September of 2002, but to my knowledge I was never targeted, nor did I feel any fear or unease. Some of it probably has to do with a certain natural egotism in my personality. And some of it probably has to do with the fact that unlike some devout Muslims and Sikhs I don’t dress in a particularly distinctive manner. I haven’t even experienced “flying while brown” in the United States, though I have in Germany. My near family members report the same lack of repercussion. The only racially motivated incident since 9/11 which a family member has been the target of was when my brother was taunted as a “beaner” when he was younger. On the other hand, my family’s Sikh friends and acquaintances have experienced a great deal naked of bigotry.

So where are we at this point as a nation, a people as a whole? I have pointed clearly to my own normative framework, so no surprise. I assess that we are an overstretched empire. We may not officially be at war with the Muslim world, but we sure are entangled in a host of nations where Muslims live! Our debt is now an international concern, and much of it is to the heir apparent to the title of “global hyperpower.” The death of Osama Bin Laden does not necessarily mean much substantively. But the symbolic can be the substantive. Perhaps it can be the small push that allows to move on, and returns us to a level of national normalcy in terms of the civil liberties we expect and the foreign policy entanglements we invite.

We have an exciting century before us in the United States. I’m glad to have the coda on the first chapter complete at least!