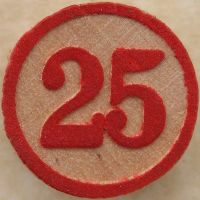 If you’re on the west coast, more so in California, then you might have grown up in a home that got India Currents in the mail, a monthly magazine with an Indian-American point of view. Or maybe you’ve picked up a free copy at a desi grocery store or restaurants. And of course today its award-winning content is published online too. This month IC celebrates a quarter-century of continuous publication.

Mercury News profiled the publisher and co-founder of the magazine, Vandana Kumar.

Vandana Kumar was an arranged-marriage bride, lost her husband to cancer, has a gay cousin, knows techies who came to Silicon Valley on H-1B visas, is friends with Chinese “tiger moms,” and struggled through the college application process for her twin sons.

Since 1987, she and a team of writers have delved into all of those stories — and more — in the pages of India Currents, the oldest and largest Indian-American magazine on the West Coast, which is celebrating its 25th year of publication this month. (Mercury News)

The article mentions that IC’s mission of providing information about cultural events was “inspired by Kumar’s brother-in-law, Arvind Kumar.” I didn’t realize he was a co-founder too until I read another article in IC itself, Sandip Roy-Chowdhury’s piece about the magazine’s origins. Roy-Chowdhury shares the story of IC’s founding by Vandana Kumar, Arvind Kumar and Ashok Jethanandani, a story that seems to start with Trikone, a publication for LGBT South Asians.> … as a gay man, Kumar was anxious to find other people like him. At that time there was no Internet, no gay groups in India, no easy way for gay and lesbian South Asians to find each other. Kumar decided to set up a support group. It was called Trikone, the Sanskrit word for triangle, commemorating the pink triangle the Nazis used to mark homosexuals. Kumar was working at Hewlett Packard. He photocopied the first issue of Trikone magazine, a handful of pages stapled together, on HP’s copiers after work. He jokes HP has no idea about its pivotal role in the growth of the South Asian lesbian and gay movement.

Kumar met Jethanandani through Trikone. “When I met Ashok in late 1985 I knew nothing about Indian fine arts–dance, music etc.,” Kumar says.

Jethanandani was very interested in the arts. He was studying bharatanatyam at a time when few Indian men, especially engineers, studied dance. Jethanandani took Kumar to many programs at the 18-month-long Festival of India going on at that time. As the festival ended, Kumar remembers feeling a sense of loss and emptiness. “We talked now and then about how nice it would be if there was a local publication that highlighted the many Indian events that were taking place in the Bay Area,” says Kumar. “It would be as if the festival never ended.”

Kumar was already cutting his teeth on publishing, editing and designing with the Trikone newsletter. When he decided to take the summer off to get ready for grad school, he realized he was not going to be able to run India Currents on his own. So he asked Vandana Kumar, his cousin’s wife, to help and she agreed. She has played the most constant role in publishing the magazine.

For more on the challenges and excitement of the early years of publishing India Currents, read the rest of Roy-Chowdhury’s article.

One thought on “India Currents Turns 25”