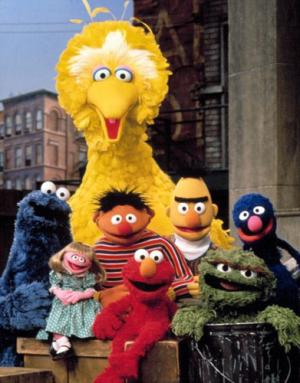 In a $20m (Â£12m) remake of the classic American children’s programme, the setting for the show has moved from the streets of New York to a lively village in Pakistan with a roadside tea and snacks stall, known as a dhaba, some fancy houses with overhanging balconies along with simple dwellings, and residents hanging out on their verandas.

The Pakistani version, in which characters will speak mostly in Urdu, will feature Rani, a cute six-year-old Muppet, the child of a peasant farmer, with pigtails, flowers in her hair and a smart blue-and-white school uniform. Her curiosity and questions about the world will, it is hoped, make her a role model for Pakistani children.

The financing for the series comes from USAid, the economic assistance arm of the US government, which aims to help the country’s young learn some basic words and numbers through Sesame Street’s fun style of education. Pakistan’s schooling system is failing badly, a major reason for a descent into religious conservatism and economic stagnation.

Bad news, though. The characters of Count von Count and Cookie Monster have been cut from the Pakistani version of the show. I call shenanigans. How can there be a Sesame Street without a Count and a Cookie Monster. We all know there are vampires in Pakistan. Okay, maybe a Pakora Monster instead, but still. Travesty.

And of course, not everyone is super thrilled that the US is giving funds for even more puppets in Pakistan…

10 thoughts on “Elmo Goes to Pakistan”