For today’s Music Monday, I want you to imagine this: A big gritty cauldron. Throw in a pork eating Muzzie. A ukulele. A pair of cowboy boots. Stir in a dash of lo-fi, put in a pinch of sultry attitude, and toss in a little bit of “pew, pew.” What do you get? 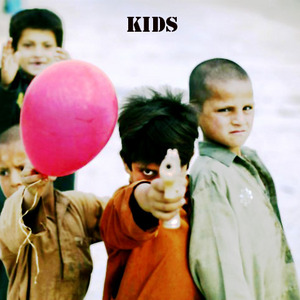 You get the The Kid (of Sunny Ali and The Kid) with a new EP album aptly named Kids. Abdullah Saeed’s (aka “The Kid”) solo project and released on the Poco Party label, Kids maintains the cowboy feelings that you get when you listen to a Sunny Ali and The Kid album, it’s just now it has a Hawaiian ukulele twang. It’s complicated to describe yet oddly simple. Just listen to it below. And after you listen to it, you can download it here at Sunny Ali and the Kid’s Bandcamp site for free – consider it my Chrismahanukwanzakah present for you.

From The Kid himself in an interview at Poco Party:

The songs are not really about kids, but from the perspective of a kid. “the bug” is about a school yard game, for example. The limited instrumentation, the rudimentary skill, and the rough recording are all part of this theme.[pocoparty]

So there you have it. It’s an album by The Kid named Kids written from the perspective of a kid. Don’t worry, Sunny Ali ain’t mad at The Kid for breaking off on his solo project – in fact the duo just performed this past weekend in New York City. Follow Sunny Ali and The Kid’s facebook page for their upcoming tours and albums and you can read Abdullah’s latest adventures with music over at MTV Desi.

In the meantime, I now can’t stop daydreaming about how I want this for Chrismahanukwanzakah. Thanks, Kid.

Previous Posts: Q&A with @Porkadventurer, Showdown with Sunny Ali. And the Kid.

4 thoughts on “Kids Being Kids”