Even though we may recognize Ajay Naidu for his comedic talent, particularly in his breakthrough cult classic Office Space, his latest film Ashes takes us on a more serious journey. For this indie-flick in which Ajay writes, directs and stars in, the film deals with heavy topics such as mental health issues, growing up in a hyphenated culture, and survival. The film premiered in New York City last month and will be making the indie-film circuit this upcoming year.

I haven’t seen the film yet, but would be interested to hear what people thought who were able to make the premiere for the film. Here’s what Abdullah at MTV Desi had to say:

[Ajay] is Ashes (short for Ashish), an Indian New Yorker charged with caring for his mentally ill older brother Kartik (Faran Tahir) who is fresh out of a care facility. We follow Ashes as he rejects the conventional path of working at an Indian restaurant and instead pursues his chosen hustle, the weed game….Though his drug dealing career is boosting his income, with money comes trouble, and soon Ashes is embroiled in a chess game between high-powered drug dealers. Ashes, who vows only to deal with marijuana and no harder substance, finds himself an accessory to the heroin trafficking. As the stakes rise, so does the number of people involved, complicating the story.

While Ashes and Kartik’s relationship tugs at the heartstrings, the drug game described in Ashes at times becomes cumbersome under the weight of its characters…Moreover, it becomes hard to believe that the business of moving high grade marijuana in New York is under the control of armed South Asian gangsters. [mtvdesi]

To abate my curiosity, I asked Ajay Naidu himself some questions about his making this film, what it means to be a South Asian actor this day and age and creative process. Check out my interview with the poignant Ajay Naidu below.

Taz: You are one of the most recognizable South Asian actors in the US, notable for picking roles where you are hilarious. Most people recognize you as Samir from Office Space though I personally adored your role on American Chai. This film, Ashes, is on the more serious side covering a grittier life story. Do you think the shift from comedy to serious was particularly sudden? How do you think the film will be accepted by your fans who are used to seeing you in comedic roles?

Ajay: It’s a strange thing to think of being called strictly a “comedic” actor. That’s a brand that other people put on actors. I grew up acting in the classical theater playing all kinds of roles not strictly related to funny or humorous subjects. It’s not a “shift” – it is a logical progression for a normal actor to take on roles that challenges them. Actually, the only other time I was noticed for a serious actor, I was nominated for the Independent Spirit Award for my role in Suburbia. That was a very, very serious role.

T:You not only co-wrote this film, but you also directed and star in it as well. What is the story about and why did you feel it was an important story to tell?

A: This story is about a small time drug dealer who takes care of his mentally ill older brother. I felt it was important to tell this story because I lost my sister to manic depressive schizoid disorder. I wanted to share that story with others who have suffered through similar losses and to discuss the subject through a modality wherein I could be as honest as possible about it. Film is that mode. T: I recognized a lot of folks in this film, from Samrat Chakrabarti to Reena Shah. Your brother in the film is played by Faran Tahir and the role of the young drug lord is played by Firdous Bamji. It’s not often I’ve seen a movie with an indie sensibility and a largely South Asian American cast. What was the casting process like for this film?

Casting was something that happened quite naturally and I got very, very lucky. I did not need a casting director for this film. Every actor in this had their roles tailored to them personally because they are my friends and I admired their acting. Actors tend to respond to other actors when they step into the director’s shoes. Additionally, Faran, Samrat, my friend Vontress Mitchell and myself all attended the same conservatory at the American Repertory Theater at Harvard University.

I lost an actress two days before we were to shoot her first sequence, then Piper Perabo stepped in and saved the day. It was a huge blessing and I think this is one of her most incredible performances. Reena Shah became one of my favorite actresses after watching her work in American Chai. Heather Burns is my fiancee and one of the greatest actresses of our time. Ron Jones, Peter Macon, Wayne Kaserman, Debargo Sanyal, Maurice Carr, Melissa DeSousa, Atul Ohri…. These people are all stars in roles usually played by day players. I am just lucky that way. 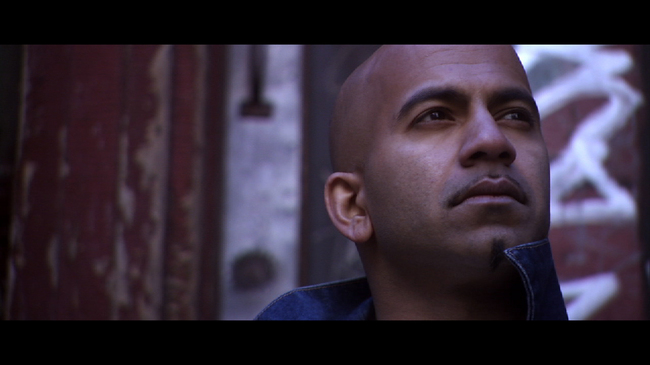 T: I would imagine that it was difficult to find investors for this film. Films that are South Asian American written, produced and cast are hard to come across, mainly because there’s so many more hurdles to deal with in the entertainment industry. How difficult was it to get this film made and off the ground? Is that why you went the independent film route?

A: I had a very, very difficult time getting any funding for this film. In large part, Americans did not respond to the cultural aspect of the story and the Indian investors were very turned off by the subject matter. In the end, I financed a large part of the film on credit cards and donations. We had a few angel [investors] that came to help close to the end, and that was just by luck. I would have made this film a lot earlier if it weren’t for the money trouble. I do not advise going the route I went. I think one should wait for the money and not spend a lick of ones own. Luckily, I had genius producers Nina Spensley and Angelo Fabara who figured out how to make it work. The most lucrative skill is figuring out how to make something from nothing. Nothing is going to democratize the film making process. It will always cost a great deal.

T: Mental illness is a taboo subject, but I think more so in how the South Asian community deals with it. How do you think this movie will be received or shift the conversation?

A: I am hoping there will be a little less silence and fear and instead there will be a bit more discussion and acceptance. If we don’t discuss these issues, we stand to suffer many more casualties.

T: There is also the portrayal of the Indian “gangster”in this film. Why did you choose to highlight this subculture and how true to reality do you think it is?

A: There are a lot of fake Indian gangsters in this movie. That was a big part of my growing up so I think “Fake Indian Gangsters” are very true to life. This is the world that is chosen as the backdrop for Ashes because that was the backdrop that I grew up with during the time my sister was suffering. I was in Chicago running around on Devon Ave., and most of my friends were dealing weed, etc… So there is a conscious comment on the reality of that world as well. It’s not that they are “gangsters” per se, but rather guys that are criminalized in a largely innocent community, so they embrace their notoriety.

T: Hollywood has a lot of stereotypical roles, when it comes to the Desi-American actor. How do you think this has changed over the years? Is the best way to combat this to do what you’ve done with Ashes and write, direct and star in an independent film that is not typical Hollywood?

We are performers and actors so it is important to make enough per year to make health insurance minimums, etc… I think every actor has their own battles. Things haven’t changed that much for any ethnic group in Hollywood – there will always be stereotyping and what not. But I think smarter filmmakers and studios will change towards a more universal view as we go forward and make more work. To answer the question… yes, it is important to make ones own work no matter what. Stories don’t die, they just kind of hang around until they manifest.

T: I love Karsh Kale and Midival Punditz. How were you able to get them to score the film and what was that process like? How important was the score to this film?

The score is one of the most important reasons this film got made. It is another character in the film. I could never have imagined the world for this movie without it. Kubrick says that there is no cinema without music and we do not remember anything from films unless we remember the score as well. Karsh Kale and the Midival Punditz are my family and we have working on many, many different narratives over the last decade.

I think the reason that I was able to have them score the film is because we all love making art together and we are part of the same movement in such an intimate way that if they had not scored it, there wouldn’t have been a movie. I will also say that Karsh, Gaurav and Tapan individually also felt deeply that this subject matter was important to discuss and bring to light. I was honored to have them score it and I will say it was the most enjoyable process in the whole making of the film. We share such a common language musically that we just came together and they absolutely blasted to to perfection within ten days at the end of last summer. That’s how they do it. Incredible like that.

You can catch Ajay Naidu in the HBO series Bored to Death and in Aasif Mandvi’s movie Today’s Special. Though Ashes doesn’t have a screening scheduled yet in the U.S.,(according to their site the next screening is in March 2011 in London), I’m sure you’ll have more chances to watch this film as the indie film festival season begins. Keep tabs by visiting the Ashes website.

5 thoughts on “The Ashes of Ajay Naidu”