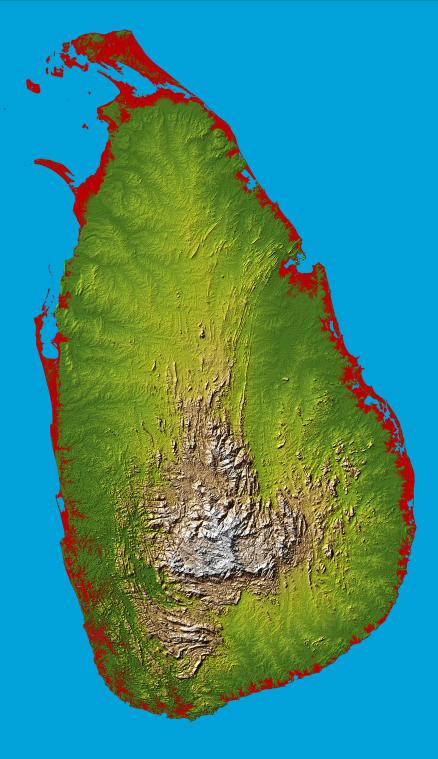 As Amardeep noted last week, we are at about the one-year anniversary of the end of the war in Sri Lanka. For the occasion, Groundviews did a special edition, to which I contributed a short story. I’m cross-posting it here.

We regret to inform you that your condolences cannot be accepted at this time. At present, both our pain and our hope defy that word, which has been offered and denied us, which we need and do not need, and which in any case we cannot accept, because they (your condolences) will not reach from what has happened to what will come.

We find the word condolences stunning in its insufficiency for past and future.

We evacuated our homes in the light; we vanished from our homes in the dark; we walked away from our families, toward the weapons, and wished that we could turn around. Our bodies entered the earth in places we cannot now identify, and so we are everywhere, blown to dust. By both dying in and surviving this place, we will live here long after your condolences become a ghost in your throat.

We could not wait for you to remember us.

We perished and survived and were less and also more for it. Some of us had little money and little food; we had children. We lost our children willingly and unwillingly. They were torn from our hands; we fought to keep them with us; we pushed them away from us to save them; we held them close in the hope that we might take their bullets and thereby die before them.

Some of us did, but some of us lived, and so the memory of this will outlast even the children we fought to save.

In the rush to escape this bloodletting, which has been its own kind of war, our ears fell to the ground, and so we cannot now hear your condolences. To survive, we had to shut our eyes, with which we would have seen what was in yours. We closed our mouths against hunger and anger; we knew and did not know our families, friends, fellows, and leaders, who hunted us, ran with us, and died with us.

We faced ourselves from all sides. Some of us lived. We are still here. We regret to inform you that your condolences cannot be accepted at this time.