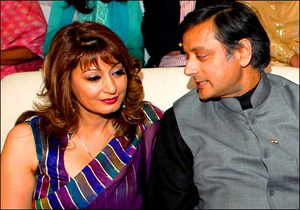 to make it to even his first anniversary. No, it wasn’t something he tweeted that was his undoing — it was something someone else tweeted.

Mr. Tharoor was on the receiving end of a Twitter attack last week from Lalit Kumar Modi, chairman and commissioner of the Indian Premier League. …

The seeds of the current feud were sown in March when two new IPL teams were put up for auction. One of the teams, which will be based in Kochi in Mr. Tharoor’s home state, was won by Rendezvous Sports World. The group, which includes figures from India’s real-estate and cinema sectors, agreed to pay $333 million.

Three weeks later, on April 11, Mr. Modi sent out this on Twitter: “Who are the shareholders of rendezvous. And why have they been given this 100′s of million dollar bonanza?”

He revealed the names of the group’s shareholders later that day. The list included Sunanda Pushkar, a woman frequently photographed at social events with Mr. Tharoor, who is in the middle of a divorce from his second wife. [Wall Street Journal]

The would-be third wife stood to gain greatly from the Kochi franchise — or so it appeared — which caused an uproar from opposition parties and an Internet slowdown as millions of young men entered the search term “Sunanda Pushkar pics.”

Mr. Tharoor has denied accusations that he stands to benefit financially from his links to Ms. Pushkar.

“It has been suggested that I have indirectly received personal benefits from this enterprise because the Rendezvous management team, who hold stakes in the venture, includes a close friend of mine,” said Mr. Tharoor in a statement that he tried to make in parliament Friday before he was shouted down by other parliamentarians. He gave it instead to journalists outside. [Wall Street Journal]

So what’s next for Tharoor? Will he marry Pushkar? Will he remain in parliament? Will he write more books? And will John Abraham play him when the movie about his life is made?

END_OF_DOCUMENT_TOKEN_TO_BE_REPLACED 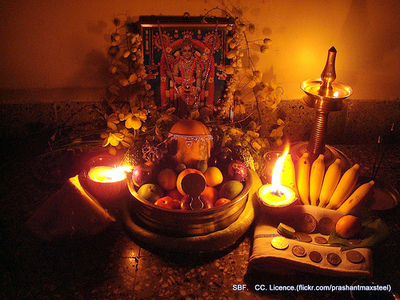 END_OF_DOCUMENT_TOKEN_TO_BE_REPLACED

From Sunday’s festival in Southall on the outskirts of London — one of the largest Punjabi communities outside India. 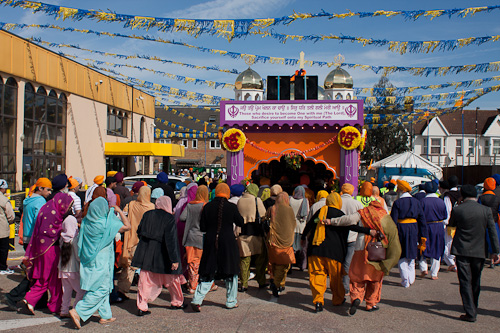 END_OF_DOCUMENT_TOKEN_TO_BE_REPLACED

Yes. I think so. They should be absolutely terrified by what it implies

According to this graphic, India is doing pretty well in avoiding packaged food (but also eating a lot less total food…not always by choice) relative to America and some other western cultures. Yet here is the inescapable fact about where India is headed (and China as well):

After an extensive nationwide survey, China has more than doubled the estimate of its diabetic people to 92.4 million from 43.2 million in 2009, thus replacing India as the country with the maximum number of diabetics in the world.

India has 50.8 million people with diabetes.

The China study, published in New England Journal of Medicine on Thursday pushes up the global diabetes estimates from 285 million to 334.2 million.

Diabetes was almost 1.4 times more common among urban residents than rural ones, the study found, sampling 46,239 adults above the age of 20, from 14 provinces and municipalities.

“The ageing of the population, urbanisation, nutritional changes and decreasing levels of physical activity, with a consequent epidemic of obesity, have probably contributed to the rapid increase in the diabetes burden in the Chinese population,” wrote Yang Wenying, head of endocrinology, at the China-Japan Friendship Hospital in Beijing, who carried out the study between June 2007 and May 2008. [Link]

We Americans are likely to continue to export our food culture around the world. Or rather, countries like India and China will continue to enthusiastically import it and are probably even less equipped than us to deal with the repercussions.

END_OF_DOCUMENT_TOKEN_TO_BE_REPLACED

I had no idea until the NYTimes reported it earlier this week that our Treasury Secretary once lived in India:

Geithner was born in New York City but spent most of his childhood in other countries, including present-day Zimbabwe, Zambia, India and Thailand where he completed high school at the International School Bangkok. [Link]

And while in India, Geithner needed some ironing done. Why can’t we buy those big ol’ irons here? My shirts are never pressed as well as they are in India.

END_OF_DOCUMENT_TOKEN_TO_BE_REPLACED

Journalist, author, and blogger Chandrahas Choudhury has an excellent, in-depth piece in Caravan Magazine, on the BJP’s 30th national convention, which took place this year in Indore. The party suffered losses in the Indian elections last year, so one is especially curious to see where they are going to go next.

I know some readers at least may not be interested in Indian politics, and I would recommend this piece by Chandrahas particularly for those who don’t follow Indian politics all that closely. It’s more in the vein of New Yorker articles, which blend closely observant journalism, personal memoir, and analysis, than what one sometimes sees in mainstream Indian journalism. Chandrahas also doesn’t write with the presumption that readers know all of the back-story already.

Here is how Rajnath Singh, the BJP’s former president, frames the debate:

Rajnath was not willing to concede, as some had argued after the failure of Advani’s campaign in 2009, the prospect of the exhaustion of the politics of Hindutva or a rethinking of the party’s self-definition. The BJP found itself today in a predicament, declared Rajnath, similar to that faced by Coca-Cola in the 1980s, when the company found itself steadily losing market share in the cola wars with its big rival–Pepsi.

Convinced that it no longer appealed to mass taste, Coke decided, fatally, to change its original formula. The company then produced and enthusiastically advertised a new Coke similar to its competitor–with more lemon oil and less orange oil– explained Rajnath, whose research on this subject appeared to have been very thorough. But, far from winning back those who had jumped ship, the new product was a disaster in the market, and Coke fell away even more. Only when, chastened, it reverted to its original formula and kept the faith in its original identity did it eventually make up its lost ground. For Rajnath, the BJP was now in the position that Coke was in the 80s. Learning from history, it had to avoid the temptation to abandon its ‘original formula.’

That original formula was, of course, Hindutva. (link)

Chandrahas doesn’t say it, but it might be worth pointing out at this point that Coca Cola tried this experiment as a market-leader. The “stick to your guns” strategy might less effective for a political movement that’s trying to grow, as opposed to maintain dominance. But even if Rajnath’s message fails to resonate, there are nevertheless some signs of life within the BJP — though they are coming from the party’s new president, Nitin Gadkari, rather than from more familiar figures: END_OF_DOCUMENT_TOKEN_TO_BE_REPLACED 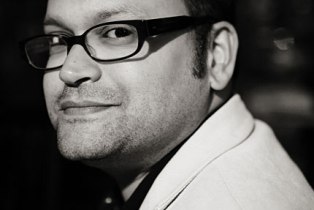 There are two kinds of people: those who use Twitter and those who don’t. I belong to the former group. But even a Twitter fanatic like myself can appreciate the apathy that inevitably creeps in when the initial excitement of sharing your world in 140-characters dies down. After a while – it’s easy to become disinterested in the Tweets of the people you follow.

A couple of months ago, I became curious about sharing narrative via Tweets. Upon further Googling, I discovered the concept had been realized in all its glory by Arjun Basu, who Pavani first bought to the Mutiny’s attention last summer. I started following Basu on Twitter and ever since then, have been consistently entertained by what he calls Twisters, short stories told via Twitter. There’s something about seeing a full story told in such a succinct, boiled-down way that appeals to my fancy. And it looks like I’m not the only one who’s a fan. This past month, Basu’s work was acknowledged at the second annual Shorty Awards, which recognizes the “the best people and organizations on Twitter.” Basu won in the Literature category in a surprising upset over Neil Gaiman, the so-called “rock star’ of the literary world.” For someone still working on his first novel, the award was quite a coup. Basu was kind enough to answer some questions for the Mutiny. END_OF_DOCUMENT_TOKEN_TO_BE_REPLACED