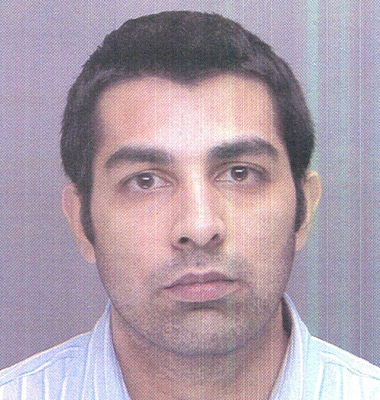 A number of you folks have emailed me with information regarding a possible con artist who has been allegedly accused of trolling desi matrimonial sites and hitting up desi networking events for women, then stealing their identities. According to a story in the Philadelphia Inquirer, “Police say the man they know as Jay. D. Singh but who holds several passports romanced his way into the bank accounts of at least three Philadelphia area women, ages 26 to 28, taking them for about $40,000.”

Authorities believe Singh may have also contacted Hindu and Sikh women in other states. One of his alleged victims sent me the following: “He targeted Indian women between the ages of 25-34 living in NYC, Philly, DC and there is high likelihood that he has victims in Boston, Chicago, Detroit. Hawaii and London as he often traveled to those places.”

Here’s what the Philadelphia NetIP folks sent me:

One of our members (M.) was dating a gentleman of Indian origin, who she met on Match.com, under the screenname his screen name backtophilly7 (he also uses britishinphilly). He said his name is “Jay Singh, Jai Singh, and Jay Dudley Singh.” Other females knew him under the name of “J.D. Singh, Jai Dhanoa, Jay Dhanoa, and Jaitass Dhanoa” (photo below). He claimed to be born in the United States or UK; however he spent much of his childhood in London, U.K. He had a mild British accent, spoke excellent Hindi and Punjabi, is around 6 foot, medium built with broad shoulders. Jay claimed to work for Deutsche Bank (both the Philadelphia and/or NYC office(s)) as the Assistant Vice President in the Asset Management sector. During the course of their relationship, M.’s identity was stolen twice. Credit cards were opened in her name. A postal box was opened inher name. Fake identifications were made in her name. It wasn’t until very recently (January 16th, 2010), that M. got a call from another woman who was also dating Jay. Soon after, the several women started piecing together that all of their identities had been stolen by Jay.

The Philadelphia Police believe that Jay was living in India from December 25th till March 22nd. During this time, he told various women he was in different countries and/or had fallen sick. This became a pattern – until yesterday. Yesterday the Philadelphia Police arrested Jay Singh (real name still unknown). He has multiple counts against him including defrauding creditors, forgery and identity theft.

I would also like to advise, if you or anyone you know, believe you may be a victim, please do not feel embarrassed, this man was good at his job (con-artist). If you have any information, no matter how brief or remote your contact with him may have been, please contact the South Detectives Division of Philadelphia immediately at 215-686-3013, 215-686-3014. Being from Indian families, we understand if you are concerned about your families or others finding out – the detective in charge has made clear your information is safe with him – they have been incredibly kind and understanding toward all of the women involved. The Philadelphia Police are thoroughly professional and committed to this case.

I took a quick look through shaadi.com to see if I could find his profile, but according to what I’m hearing, all of his accounts were active until yesterday. So to all my Internet-datin’ ladies, if this dude looks like somebody you may have taken home to the ‘rents for chai, now is the time to come forward. If anyone comes across some more information, please share in the comments. And play safe, kids.

96 thoughts on “PSA: Yo Desi Ladies, Did You Date This Guy?”