Historical “what-if’s” are notoriously difficult to prove but also notoriously delicious to discuss. Would WWII have happened if Hitler had been killed in the trenches of WWI? [W]ith earlier reform, 14.5 million more children would have survived, 261 million more Indians would have become literate, and 109 million more people would have risen above the poverty line.Would there have been a WWI if Franz Ferdinand survived the assassination attempt? What if Al Gore got his Florida recount? What would have become of Sonam Kapoor’s career if she skipped the flop that was Saawariya?

Arguably, while many of the most famous what-if’s focus on chance events in history, prominent Indian econ journalist Swaminathan Aiyar, writing for the Cato Institute, decided to take on a far more considered, deliberate economic policy “what-if”. He asks “what if India liberalized its economy 10 yrs earlier

?” Put differently, what if 1970s India followed the economic path pursued by Korea, Japan, and Taiwan?

Until the 80s/90s rounds of liberalization, India followed a Soviet-inspired economic model resulting in stuff like this –

India’s per capita GNP growth was only 1.49 percent in the three decades from 1950 to 1980. In this period, socialism was the avowed policy of the government, the peak income-tax rate rose to a record 97.75 percent, several industries were nationalized, and the government sought to capture the commanding heights of the economy.

To answer his alternative history question, Aiyar does two interesting things. First, instead of trying to come up with a hypothetical “Korean policy mapped to India”, Aiyar simply remaps the growth rates across different decades within India itself – 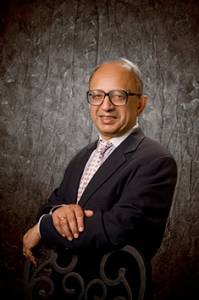 While there are a hundred possible issues with remapping growth rates like this, I think Aiyar’s approach is likely the “least bad hack” for estimating some numbers.

Second, while growth rates and their inherent compounding are important academic subjects, they leave the lay audience a little, shall we say, underwhelmed. So, Aiyar mapped those growth rates to a few classic human development indices – infant mortality, literacy, and poverty rates – to guesstimate what the India of today might look like –

As Aiyar notes, even if a later, more sophisticated model cuts his projections by half, these results are still in a league of their own. These numbers dwarf the proposed outcomes of even the most optimistic charity / foreign aid / econ development / govt-led initiative / NGO / UN program in existence and demonstrate just how pervasive & important bottoms-up GDP growth is for a population. As Aiyar concludes –

The delay in economic reform represents an enormous social tragedy. It drives home the point that India’s socialist era, which claimed it would deliver growth with social justice, delivered neither.

123 thoughts on “What if India had Liberalized Sooner?”