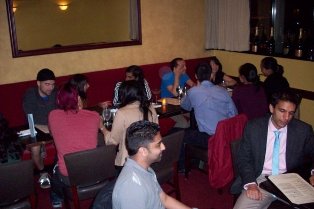 “Epic” is such an overused word. Thinking back on last night’s mutineer meetup in Boston, however, it’s the only word that comes to mind. Because what else do you get when 30 plus Bostonian mutineers take over the better part of Harvard Square’s Finale dessert restaurant? Perhaps I’m still buzzing from the combination of chocolate martinis and scintillating conversations, but I have to say my first meetup ever already has me awaiting the next one.

I was blown away by the diverse backgrounds that were represented by our Boston peeps. During the course of the evening, I met a mutineer originally from a Southern state, who told our table about his experiences growing up South Asian in the same town in which Emmett Till was killed, and how united the Asians in his small town – whether they were Pakistani or Chinese – were. (“I grew up being physically and verbally abused every day – and that was just by my parents.”) I was thrilled to be able to talk punk rock with Michael Muhammad Knight, author of The Taqwacores and Basim Usmani, lead singer of The Kominas. (Not that I know anything about punk rock, but no matter.) 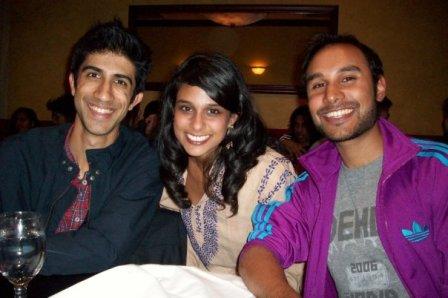 I met law students, grant writers, marketers and teachers – all with fascinating stories I could’ve spent days listening to. I was introduced to Pushkar Sharma and Sathya Sridharan, the duo behind BROWNSTAR REVOLUTION, a spoken word act that performs in and around Boston, whose jokes kept me in stitches the entire night. And I couldn’t stop laughing when one Boston mutineer told me about his favorite bloggers. “My ex was an Anna John fan, so I can’t be an Anna John fan anymore, even though I’m an Anna John fan.” I even met some folks who inspired me to catch up on my Bollywood film watching. (I promise I’m renting Love Aj Kal this weekend, guys. I swear.) So many interesting people. So little time. *Sigh. 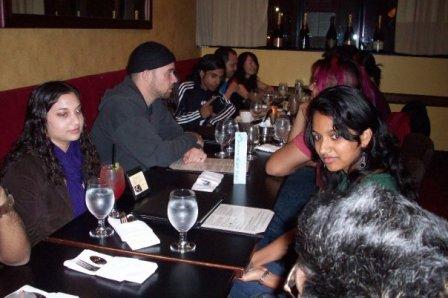 On behalf of Taz and Ravi, I’d like to once again thank the Boston mutineers for giving us such a warm welcome. We were so thrilled to meet so many of you and match names with faces. (Now that I know who you lurkers are, y’all better start commenting!) We had such a wonderful time. Once again, thank you for your hospitality. Until we meet again!

P.S. Pictures to be added next week. Check back for updates!