I have been waiting all summer to do this post and would have posted yesterday (right as the gag was lifted) if not for the fact that I was en-route back from a vacation. My cousin Manan officially hopped in to the race for U.S. Congress from the 6th district of Pennsylvania as a Democratic candidate. This district stretches from the northwest suburbs of Philadelphia into Mennonite country toward the middle of the state where Manan grew up (Fleetwood, Pa). The incumbent here is Republican Jim Gerlach, but he is set to vacate the office at the end of this term to run for Governor. Thus, it is an open seat that the DCCC really really wants in a district that leaned Obama in 2008. 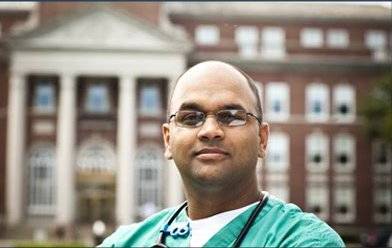 This is a new kind of political post for me here on SM because it’s the first time I have “skin in the game” with regards to a candidate I am writing about. What I can tell you about Manan is that he regularly reads Sepia Mutiny and sends me tips all the time on various political stories. While practicing medicine at UCLA he also took policy classes with our blogger Taz and he earned a Mater’s degree in Public Policy. He is pretty much a health care policy wonk that just finished a stint with the Surgeon General of the Navy’s Office. Oh, he is also a medical doctor and a Marine Devil Doc that served on one of the first ground units to enter into Iraq in 2003. He treated (on both sides) a lot of the worst kinds of injuries that you might expect to see when you are on one of the first units in to a war. Manan received the Combat Action Ribbon and his unit also received the Presidential Unit Citation.

“I was raised in this district by working-class parents and experienced what many families are going through now with the loss of their jobs and their pensions. But I also learned the importance of serving others and working hard for things that matter. These principles have guided my career, from the battlefield to the emergency room,” said Trivedi.

“I am now prepared to serve my community in a new capacity: in the halls of Congress. We have some big challenges facing our nation. Our health care system is broken, we’re engaged in two wars, and our economy continues to struggle. I know how to get things done under extremely difficult situations, and my direct experience with these challenges will give the working families in my district a strong and credible voice in Washington,” Trivedi concluded. [Link] 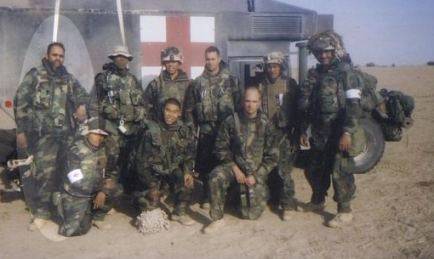 So what lies ahead for Manan? A really tough primary challenger in Democrat Doug Pike who comes with a lot of money. Pike was a former aide to Senator Paul Tsongas back in the 1980s. He later wrote editorials for The Orlando Sentinel and served on the editorial board of The Philadelphia Inquirer for 14 years. The fact that he was a reporter for all those years pumping out stories makes him very susceptible to Republican attacks in the general election. The other thing working both for and against Pike is his personal wealth:

Pike has indicated that he plans to spend $1 million of his own money on the campaign – an obviously very consequential sum that guarantees that he remains a force to be reckoned with no matter which other Democrats jump in the race. Pike’s fortune, more than any other attribute, is likely to get the DCCC to take him seriously. After all, the national party and local committees are always looking for candidates who are rich enough to buy themselves a congressional seat (see Scott Murphy) – quite an unfortunate reality, especially considering that many politicians who come in office in such conditions, like Jon Corzine, are far from the most successful, qualified or popular of politicians. [Link]

p>So here are the cold hard facts about running for a congressional seat that most SM readers already know: it takes money. If, at regular intervals, you don’t show you are collecting enough donations you fall further behind in terms of support from the party establishment (e.g. DCCC). Both parties take safe bets instead of assessing how welll a candidate might actually do with, you know, policymaking (see Blue Dogs). What Manan needs now is as much support as he can get before the next fundraising reports are due in roughly three weeks (end of September). If any of you are excited about this South Asian candidate and veteran then you can see his website for instructions on how you can get involved. If you want to know more about him or his background you can email me. If you are in the South Asian media (or any media for that matter) and need help getting in touch with Manan you can also contact me at abhi [at] sepiamutiny.com and I can help facilitate.

p>This will be the first of many posts I do following Manan’s campaign.