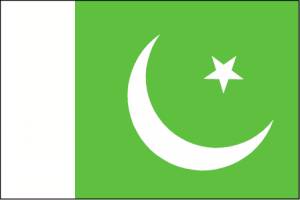 The Pakistani offensive continues in the Swat Valley, where more of the Taliban and tribal leaders are getting cornered and killed. There are also more losses among the civilian population, because one of the primary weapons the army has is the ability to cut off electricity and road access. This has led to more disease and untreated illness among the tribal civilians.

In Kashmir, Indian troops spotted Islamic terrorists trying to cross over from Pakistan using a high (5,000 meter) pass. Troops were sent up and spent most of the last ten days fighting the Islamic gunmen they found up there, killing at least 13 so far…The difficulty of getting people across the border has been increasing for the past six years, since India began installing new sensors and equipping troops with thermal imagers.

Zardari on India’s intentions towards Pakistan –

The newly elected president of Pakistan, Asif Ali Zardari, has been making the rounds, visiting neighboring countries and allies in the West. He has made several statements which have enraged many Pakistanis back home…Zardari also said that India was never a threat to Pakistan. Again, this is something that is not appreciated back in Pakistan, where “defending the country against Indian aggression” has long justified all manner of excesses. But, in fact, India has never had any interest in taking over Pakistan. The place is a mess, and India has plenty of domestic problems already.

9 thoughts on “Stratpage Updates on Pakistan”