On June 27th, India’s Field Marshal Sam Hormusji Framji “Sam Bahadur” Jamshedji Manekshaw died at age 94. Manekshaw was one of the heros of the 1971 India-Pakistan war, and an extremely popular figure in India: 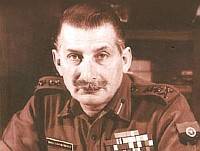 Sam Manekshaw, who has died at the age of 94, was the first general of the modern Indian army to be made a field marshal; he was awarded this honorary rank in 1973, at the end of his four years as chief of army staff. His career lasted almost four decades, saw five wars, and culminated in his successful masterminding of the Indo-Pakistan war of 1971. [Link]

p>As an ABD I had never heard of Sam Bahadur until somebody sent me this statement from the Obama campaign:

“I offer my deep condolences to the people of India, on the passing of Field Marshal Sam Manekshaw. He was a legendary soldier, a patriot, and an inspiration to his fellow citizens. Field Marshal Manekshaw provided an example of personal bravery, self-sacrifice, and steadfast devotion to duty that began before India’s independence, and will deservedly be remembered far into the future.” [Link]

p>Who in the campaign knew about Manekshaw? The new India brain trust had:

Obama’s statement is a product of a new India policy team set up two weeks ago within his campaign team. The team, co-chaired by two prominent Indian-Americans Vinod Khosla and Swadesh Chatterjee, includes some 20 Indian-Americans and South Asia experts from Bill Clinton’s administration. A key member of the team and the only Indian-American in Obama’s inner circle is Preeta Bansal, a Harvard Law School colleague of Obama. [Link]

What benefit does the campaign get from this? It wont help them with this Indian government if Obama becomes POTUS; neither the defense minister, nor the service chiefs, nor a single member of parliament were at the funeral.

I think it’s a symbolic gesture to the uncle generation, both in the USA and in India where the short PR has gotten a good deal of press coverage. To understand how popular Manekshaw was in his day, consider how threatening Indira Gandhi found him:

… his popularity was such that the premier reportedly confronted him with rumours that he was planning a coup against her. He is said to have replied: “Don’t you think I would be a worthy replacement for you, madam prime minister? You have a long nose. So have I. But I don’t poke my nose into other people’s affairs…” [Link]

It’s a small gesture, but it’s brilliantly coded. The generation of immigrants who remember Manekshaw fondly will feel warm and fuzzy about Obama, and Obama can accomplish this cheaply without antagonizing the non-desi voters who are concerned about the loss of jobs to India and who might feel threatened by a more overt approach.

68 thoughts on “Sam Manekshaw and Obama”