The Obama campaign got itself into a crap load (a unit of measure used in politics) of trouble today after a couple of its junior campaign staffers (who no doubt had some guidelines from higher up advisors to Obama) decided that women wearing headscarves should be “discouraged” from being in the background when pictures of the candidate were being taken in Detroit (of all places!): 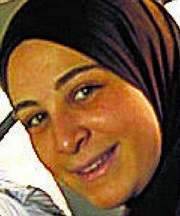 Two Muslim women at Barack Obama’s rally in Detroit on Monday were barred from sitting behind the podium by campaign volunteers seeking to prevent the women’s headscarves from appearing in photographs or on television with the candidate.

The campaign has apologized to the women, both Obama supporters who said they felt betrayed by their treatment at the rally.

“This is of course not the policy of the campaign. It is offensive and counter to Obama’s commitment to bring Americans together and simply not the kind of campaign we run,” said Obama spokesman Bill Burton. “We sincerely apologize for the behavior of these volunteers.”

Building a human backdrop to a political candidate, a set of faces to appear on television and in photographs, is always a delicate exercise in demographics and political correctness. Advance staffers typically pick supporters out of a crowd to reflect the candidate’s message. [Link]

This incident is D-Punjab all over again. I have no doubt that Obama is disappointed in his staffers over this but the buck has to stop at the top of the ticket. By forcefully refuting rumors that he is a “secret Muslim,” I think he is beginning to overreact and hurt his reputation among the very people who believe in him to bring a change. I mean, how in the world do you expect to campaign in Detroit and NOT be associated with Muslim supporters?

… incident began when the volunteer asked Aref’s friend Ali Koussan and two others, Aref’s brother Sharif and another young lawyer, Brandon Edward Miller, whether they would like to sit behind the stage. The three young men said they would but mentioned they were with friends.

The men said the volunteer, a 20-something African-American woman in a green shirt, asked if their friends looked and were dressed like the young men, who were all light-skinned and wearing suits.

Miller said yes but mentioned that one of their friends was wearing a headscarf with her suit.

The volunteer “explained to me that because of the political climate and what’s going on in the world and what’s going on with Muslim Americans, it’s not good for [Aref] to be seen on TV or associated with Obama,” said Koussan, a law student at Wayne State University. [Link]

p>Ennis reminds me of the fact that this isn’t the first time that the Obama campaign has “preemptively photoshopped” their pictures. From a Michelle Obama appearance at Carnegie Mellon University in April:

While the crowd was indeed diverse, some students at the event questioned the practices of Mrs. Obama’s event coordinators, who handpicked the crowd sitting behind Mrs. Obama. The Tartan’s correspondents observed one event coordinator say to another, “Get me more white people, we need more white people.” To an Asian girl sitting in the back row, one coordinator said, “We’re moving you, sorry. It’s going to look so pretty, though.”

“I didn’t know they would say, ‘We need a white person here,’” said attendee and senior psychology major Shayna Watson, who sat in the crowd behind Mrs. Obama. “I understood they would want a show of diversity, but to pick up people and to reseat them, I didn’t know it would be so outright…” [Link]

Yet more proof that the Obama campaign can’t free itself from the race issue. What I really wonder about is what will happen the next time a Sikh male goes to an Obama rally and ends up in the backdrop. Will they move him just in case some ignorant voter confuses religions and thinks the turban-wearer is a Muslim or a supporter of Osama bin Laden? Being a young Obama campaign volunteer seems to me to be a much more difficult job than I first assumed.

“We’re not letting anyone with anything on their heads like baseball [caps] or scarves sit behind the stage,” she paraphrased the volunteer as saying, an account Marino confirmed. “It has nothing to do with your religion!”

In most work and school settings, religious dress — such as Jewish yarmulkes, Sikh turbans and Muslim hijabs — is permitted where secular clothing, such as baseball caps, is not.

“The scarf is not just something she can take off — it’s part of her identity,” said Marino. [Link]

Update: A couple of other things I wanted to add since I wrote this. First, the guy who broke this story was Ben Smith of Politico. Only hardcore political junkies (like me

) know who Smith is and read his blog entries all day (or send him tips). According to NPR’s interview of Smith this afternoon, a friend of one of the two women emailed him about this incident. That just goes to show how politically attuned some young voters are these days (and that blogs are a great way to spread the word). Smith is one of the few guys you’d want to get this type of info to in order to break it as soon as possible into the mainstream media.

And, for those of you wondering, John McCain’s campaign does the SAME THING (and the Republicans are known for trotting out minorities from out of nowhere at their conventions). Will the Democrats have to trot out white folks and Christian clergy at their convention this year? I’ll look for them

On the Republican side, a Hispanic New Hampshire Democrat, Roberto Fuentes, told Politico that he was recently asked, and declined, to contribute to the “diversity” of the crowd behind Sen. John McCain at a Nashua event. [Link]

140 thoughts on “Hijabs and such not very photogenic (update)”