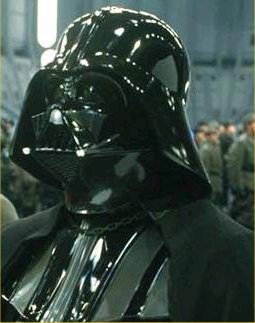 Since itâ€™s Halloween, and I have not yet overdosed on Starburst and Snickers, I started to wonder how what role fear has in 2007. We seem to want to be scared, which is why horror movies are so popular, although I am not a fan of torture-porn flicks like Saw and Hostel. Catwoman was scary enough.

It may sound naÃ¯ve, but hope really is a better sales pitch than fear. And if all you have to offer is fear, or itâ€™s close relations such as cynicism, paranoia, etc. â€“ you start to become unpleasant company after awhile.

Fear seems to be ascendant these days, and from all corners. Neocons are trying to scare us that Iran is bent on world domination, despite the fact that it cannot even dominate their own neighborhood or refine its own oil. Fareed Zakaria does a thorough job of taking down that argument here.

Some environmentalists are insisting that doomsday is right around the corner â€“ a message Iâ€™ve been hearing since Happy Days was still on the air. And if a guy such as Bjorn Lomborg argues that the challenges, while real, can be dealt with by abandoning hysteria, he is branded a heretic with a level of ferocity that he could be a modern day Galileo up against the Catholic Church.

From a poli-sci POV, are certain kinds of democracies more prone to fear-mongering than others? Indian political and economic reforms are often ham-strung by fear of consequences. Some Indian politicians fear loosening labor restrictions because it will lead to abuses by MNCs. Or they fear allowing modern supermarkets to open up, because of the fear it will drive small shopkeepers out of business. In the U.S., we fear tainted meat and lead-laden toys, but not fatty foods or excessive drinking. France is afraid of the 40 hour workweek.

So, why is it that at a time when living standards and education levels are generally rising that fear is too often the first tool that someone uses to make their point? It might be easy to simply say â€œpoliticiansâ€ but they often first gauge the public mood, and then plan out a strategy. Are there steps we can take to lower the market value of fear as an instrument of persuasion? Now excuse me, I have to fininsh my work early enough so I can get home before some kids egg the house.

27 thoughts on “Must it be Halloween everyday?”