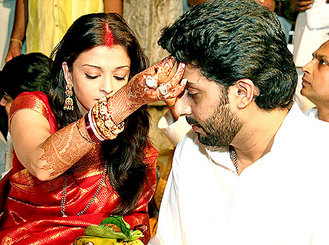 My baby cousin at UCLA still hasnâ€™t forgiven me for joining Facebook. His objection is not that Iâ€™m too old for it or that I lessen its â€œcool factorâ€ with my elderly presenceâ€”he just hates the program and apparently I was the last person he knew and cared about, who was not on it. That had more to do with pragmatic causes than most anything else; I was happy on Friendster and consummately preferred it to MyAss or the more â€œglobalâ€/Brazilian Orkut. I didnâ€™t have time to maintain profiles on a plethora of time-sucks. And most relevant of all, I couldnâ€™t be bothered to get an â€œalumniâ€ email addy from either of the schools I managed to graduate from…and once upon a time, you needed such official stuff to participate in the Facebook-orgy.

Not anymore. And so a few of you began inviting me to join it and I pointedly ignored such requests…until one of you was Facebook-stalking a guy you thought was sooo cute.

â€œWhatâ€™s his friendster link?â€, I asked.

â€œBut you just HAVE to see this one pictureâ€¦I have a feeling you know his friend.â€

â€œYou know how Iâ€™ve never been a bridesmaid?â€

â€œYeah what does that have to do with anything??â€

â€œIâ€™m signing up for this bullshit right now, so A) you best marry his ass and B) I best be in some sort of poufy outfit, twitching out of boredom on an altar in a year or three.â€

â€œOmg, whatever you want, just SIGN UPâ€…and so I did. But I didnâ€™t bother uploading a pic or filling out my profile, not for a while. Then, I was asked to write something about social networking and I needed more information about FB, specifically a sense of how intuitive it was to use. I noticed, upon logging in, that I had been â€œpokedâ€ approximately 40 times. I also noticed that several of my far-flung friends were considerably more active and in touch on FB than they were on Fster. This puzzled me until I realized that they were destroying all of their free time defenestrating each other via â€œSuperPokeâ€, proving their music IQ via some guessing game which was far superior to the one on my iPod and playing Scrabble online via the hyper-addictive â€œScrabulousâ€.

Well, I saw her Facebook…and now Iâ€™m a believer. I will happily eat the words which initially expressed indifference towards this program. The recent app explosion transformed FB for me, from a site to ignore to one which I am now constantly logged in to…which brings me to this post.

Now that I am spending a ton of time on there, my inner, dilettante-sociologist is hyper-stimulated. Thereâ€™s so much to discover, like…

Here, read all about it. I’ll post the group’s “description” for you:

* Aviyal – a south indian vegetable curry that has a mix of different vegetables. [Facebook]

I didnâ€™t even realize there was a term for this situationâ€”one I have been in for almost half of my dating life. While I tried valiantly to date Malayalee boys, â€œjust to make it easierâ€ on all 349 people who were potentially involved with such an alliance, I went to a college that had no Malayalee male undergrads and didnâ€™t attend our local (read: more than 100 miles away) Syriac Orthodox church. I was far more likely to encounter Punjabi Sikh guys at U.C. Davis/Fresno/Modesto/Yuba City and predictably, that is what I often dated.

I had been making Aviyal all the way through college and I had been oblivious to it!

Whether by circumstance, i.e. being one of a handful of South Indians at a school dominated by Northies or by choice, i.e. just plain falling for someone, this is a cocktail we will see more and more of, no matter what our respective parents think of such emotional collisions. One of you, who comments regularly, is a Tamil married to a Punjabi; sometimes, the comments which inform me of this detail also contain other bits of information, which illustrate how challenging such a union is. Iâ€™m assuming both parties involved are probably Hindu, which makes things nominally easier, but when you add interreligious components to the conflictâ€¦sometimes, that is exactly what you get: conflict.

When one of the only Malayalee girls I grew up with got married about a decade ago (she was a bit older than usâ€¦because I remember that even her younger brother was two years older than me), it caused quite a stir, since she, a Namboodiri, had fallen in love with a Mallu Christian she had met at school. This was the source of much discussion and concern, as our parents pondered whether this was a harbinger of their own future disappointment.

Years later, I felt compassion for her, once I realized what the â€œoddsâ€ were likeâ€¦itâ€™s difficult enough finding a match who is Malayalee, finding one who is Mallu and of the same faith narrows the pool considerablyâ€”especially when you take caste or in the case of Christianity, multiple denominations in to account. It may seem counterintuitive, since Keralaâ€™s Christians comprise a disproportionate share of Malayalee Americans, but yes, itâ€™s hard to find a suitable boy. My father never forgave the Catholic church for what they did in the 17th century, so the thought of me marrying one was inconceivable. MarThomites were out because they were anti-feminist-Mary-haters who shamelessly chose not to revere the dead.

We were fiercely Orthodox and unlike many Malayalee couples, both of my parents were Orthodox; my mother didnâ€™t â€œconvertâ€ to marry him. So for me, Orthodox it would have to be.

Do you have any idea how many single Orthodox Malayalee boys there are in America, who are over the age of 32?

I have a Sikh friend who is a few years older than me, who is also single, because heâ€™s rather Orthodox himself, and most Sikh girls he encounters want someone sans beard and turban. One of you posted a NYT Vows link recently, all because the groom was Muslim and the bride was Hindu and yes, Iâ€™ll admit my non-existent eyebrows rose heavenwards upon reading it, because thatâ€™s what Iâ€™m conditioned to do. We are marinating in aviyal, whether we know it or not (pass me the drumsticks, btwâ€¦and keep the arbi to your damned self).

Iâ€™ll probably end up in an â€œaviyalâ€-marriage of my own, so I confess that Iâ€™m partially motivated to explore this aspect of growing up in the diaspora, out of self-interest. But I also remember a certain thread where it was brought up quite a few times, so I know itâ€™s on your mind, too, along with potheads on celluloid and Shah Rukh Khan-endorsed colorism. If you have your own thoughts to add about aviyal, sambar or rasam relationships, speak.

There are many mutinies within which we can participate; the struggles associated with dating â€œoutsideâ€ of the precise group we were born in to, perhaps more than any other uprising, often involve the most upheaval and anguish, even if one’s intended is also a shade of Sepia.

723 thoughts on “Are you in an Aviyal Relationship?”