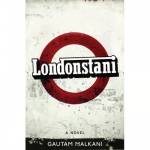 I think my infatuation with British Asian culture began three or four years ago, when Bobby Friction and Nihal started their radio show on BBC Radio One. In fact, it was some of the music they spun that provided me small glimpse into British Asian life. One group in particular The Sona Family and their desi remix of “Oi, Who’s That Asian Girl” got me hooked on this British Asian sound, and its accompanying slang instantaneously. I wanted to say “Bruv” in that accent, end sentences with “innit,” and have all “ma bredren know what I was chattin about.” Sure, it took awhile to understand some of the many references to British Asian life highlighted on the radio show and on the Sona Family track, but I eventually started to understand the lingo, and to the annoyance of many of my friends actually started to use (perhaps inappropriately) some of the slang.

p>I thought after my religious following of the British Asian scene I was sufficiently well versed in the dialogue of the British Asian. So despite all the many British reviews mentioning the strange language, (linguistically inventive is how the Times Literary section described it) I wasn’t intimidated when I picked up Gautam Malkani’s recent work of fiction, Londonstani. As soon as Manish mentioned this book I knew I needed to read it, and so when I came upon it during a recent trip to India, I snatched it up.

p>I turned to page one and simply put, the writing gave me a headache. How could one possibly write entirely in slang, in a “desi patois”, and get it published (and undergo a bidding war no less)? I thought it couldn’t last. Using “an” instead of “and” in every chapter? My head was pounding. I thought I liked the slang, but I found myself having to re-read paragraphs. I don’t like to re-read paragraphs, it ruins the flow. Was there an index? How were people supposed to read this? I know the American version has an index to help readers comprehend “the linguistic inventiveness,” but I got my copy, a British one, at Crosswords in India. And I can’t imagine how an Indian, or any person entirely unfamiliar with British Asian slang could understand half of the things Malkani “was chattin about” in the book, especially without an index.

“Hear wat my bredren b sayin, sala kutta? Come out wid dat shit again n I’ma knock u so hard u’ll b shittin out yo mouth 4 real, innit, goes Hardjit, with an eloquence an conviction that made me green with envy…”

p>And that is just the first page. The writing reminded me of an instant messenger session gone on way too long. That being said, after I got into the groove I actually started to enjoy the style. Yeah, it was colloquial and the writing seemed to be geared towards the teenage crowd, but the dialogue, it made me laugh, and continue to turn the pages so it wasn’t all bad. The scattered second-gen desi references to Panjabi Hit Squad or Juggy D, and to Hip Hop and to Hindi/Punjabi profanities gave the text some familiarity, and despite my ongoing headache, made it somewhat fun to read. The style and actual prose aside, the book is important because it provides a glimpse into a segment of second generation desi life, not often delved into. Does the book provide an understanding of why some British Asians feel isolated from white Brits? Not really. Does it explain why some British Asians become radicalized? Not really. Malkani does include a few pages on integration and assimilation, which admittedly felt a bit forced, but I was glad it was included. In the end, Londonstani came off to me as a somewhat linear and funny portrait of a fictional second generation desi crew in the UK, with some funny dialogue and some interesting twists. Nothing more, nothing less. Still, it makes for a good timepass.

62 thoughts on “Getting to Londonstan(i)”