It seems that it is time to add another woman to my original list of ‘Desi Women Under 30’, and am honored to add my homegirl and fellow Bangladeshi-SoCal woman Sumaya Kazi (Thanks, Nirali!). 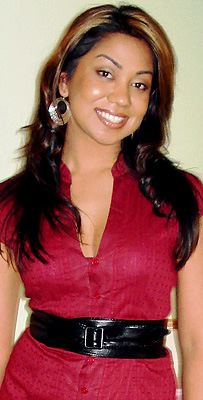 In its second annual search for the best young entrepreneurs, BusinessWeek.com selected Sumaya Kazi, a Bangladeshi American woman from California, as one of its “Top 25 Entrepreneurs Under 25” for 2006. At 24, she is the youngest manager in her marketing department at Sun Microsystems and co-founder of online media publishing company The Cultural Connect.

Sumaya is one of two women in the Top 25, for the magazine’s US, Europe and Asia lists combined.

Readers are encouraged to vote for their top entrepreneur — the top five will be published in the business magazine’s print edition. You can read about Sumaya and vote for her at BusinessWeek.com. [nirali]

p>The Cultural Connect, started last year as The Desi Connect, before they expanded to include other cultures. I’ve been following their movement since Sumaya first interviewed me for their inaugural issue of The Desi Connect last year. Since then it has grown tremendously with now over 30,000 subscribers and 30 staff members all under the age of 35.

Last summer, she realized […] networking was a huge and untapped resource that could help solve two problems: the fact that she and other young Americans of south Asian descent rarely read or hear about themselves in the media, and that these successful young minorities could give back to their communities, if only they knew whom to call.

That’s partly how Ms. Kazi and two others dreamed up The CulturalConnect, a free online magazine catering to people from four different ethnic and cultural backgrounds. The magazine comes in four editions: “The DesiConnect” (“Desi” refers to a person with South Asian roots), “The MideastConnect,” “The LatinConnect,” and “The AsiaConnect.” [cbs]

Being nominated for a the Top 25 under 25 for BusinessWeek.com is a big achievement. Other desis have made it to this year’s nomination as well: Adnan Aziz (licking paper for flavor), Karen Goel and Avichal Garg (online SAT prep course), and Sudhin Shahani (digital media company). I may be a little biased due to my love for all things with desi in the title, as well as in my favoring young desi female breaking “ism” barriers, but my vote goes to Sumaya. Top five make it to the print edition and voting will only be open for a couple of weeks — go place your vote today!