For the past two weeks, since I picked it up at Artwallah, I have been listening to Chee Malabar’s new solo effort on my .mp3 player. It went on sale on-line today. Malabar is one half of the duo known as the Himalayan Project. He actually debuted the title track “Oblique Brown” at the SAAN conference to an audience that was floored by the raw (and ultimately sad) story. Here is a snippet from the title track about an incident that happened to Malabar in New York City: 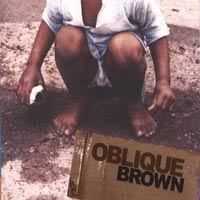 p>It was the, moment I feared, the corner was clear,
or so I thought then a fucking cop appeared,
in my rearview, red-blue berries was flashing,
flagged me to the side of the road, started askin’
for “License, Registration”, stayed silent and patient,
waitin…as the cop ran my plates,
he came back moments later, scanning my face,
disappointed, “Ain’t no warrants in my name,
and this ride’s clean man, I got it in my mama’s name,
“What I do?”, “You ran a red, illegal U, that’s two tickets!”
“Cool, pass em over, i’d love to stay and kick it,
but I’ll catch you in court, you know I’ma fight it!”
“What! Hold up Osama, don’t be so near-sighted!”
Before I snatched the ticket, the cop got excited,
clutched his glock and screamed, “Don’t even budge bitch!”
Thought he’d call Tom Ridge to tell him “flip the color switch”
A white boy rocks a beard, he’s consided rugged,
and If I sport one, I’m a threat to the public!…

p>[Listen to Oblique Brown on Myspace] 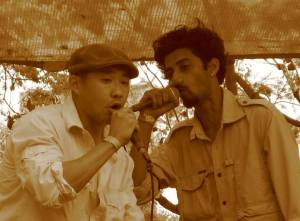 The rest of the album is a good mix between introspection and activist thought. The production value is first rate but even more importantly the lyrics are all really intelligent and message oriented. As is probably evident from my past postings, I’m no good at writing reviews. I just know what I like so you can stop reading this post and start listening to judge for yourself if you wish. The other tracks I was especially digging were “Snapshots” and “What Remains.” You can purchase Oblique Brown here.

See related posts: Monsters of rock, Desh-hop, Scenes from Artwallah, I used to love HER, Documentary on desis in hip-hop