[Don’t you expect this post to start: “Man hit by flying pig” ? 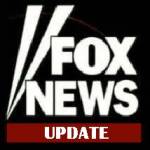 Earlier this month, Fox News reported on the Toronto terrorism arrests with a story shot in front of the Ontario Khalsa Darbar, “the largest and busiest Sikh gurdwara in Canada“.

The broadcast story showed the front of the Ontario Khalsa Darbar – a Sikh Gurdwara … as the house of worship the terrorists frequented and also showed members of the local Sikh congregation. [Link]

That’s right – a story about suspects from “Somali, Pakistani, Indian, Egyptian, and West Indian backgrounds” and what do they do? They choose to shoot using a Gurdwara and Sikhs as a backdrop, misidentifying them in the process. They all look same, massah, here, use the generic other!

To be absolutely clear, I am not saying “beat them up, not us!” I find that kind of talk completely abhorrent. If I was producing the segment, I would have used one of the targets as a backdrop rather than a mosque, precisely because of the fear of hate crimes and vandalism.

To their credit, Fox News responded and apologized when contacted by SALDEF:

In an email to SALDEF, the Fox News Correspondent noted, “I did pull our entire crew into the satellite truck and explained to them the difference between a Gurdwara and a mosque. I can assure you they realized the gravity of this situation. I’m very, very sorry. “

Additionally… John Stack, a FOX NEWS Vice President, … expressed similar regret in the mistake and vowed to make a personal inquiry into the matter to assure that it would not happen again. [Link]

p>By the way, if you need further evidence as to why “beat them up, not us” is not just morally bankrupt but also tactically ineffective as a response to hate crimes, it turns out that even in multicultural Canada, bigots are ignorant:

Hindu temples, including those where Guyanese worship, were attacked in Toronto last week. The temples were apparently mistaken for mosques and the Hindu worshippers as Muslims. [Link]

All hate crimes are bad, people, all of them (And that includes terrorism). Don’t make Pastor NiemÃƒÂ¶ller return from the dead to kick your kundi.