Keep an eye out for Rani Karnik, a NYC lawyer auditioning for the new season of American Idol who saves some money by reusing her Halloween costume: 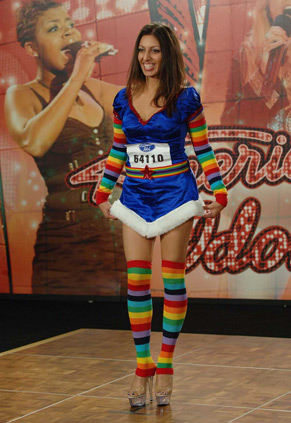 In law school, she was president of an org which bears the best name ever:

p>She also does voiceover work, but you wouldn’t know it by looking at the photo, in which she’s apparently advertising an ottoman. She’s a disciple of Vanna White’s Path of the Open Hand, horizontal variation.

75 thoughts on “Karnik the Magnificent”