Desperate to lock up oil supplies and fresh off a smarting Central Asian oil field loss to China, India has signed a deal with Saudi Arabia: 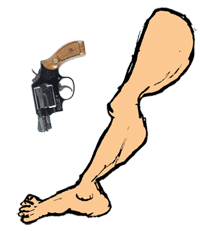 India and Saudi Arabia have signed a deal to develop a strategic energy partnership and have agreed to “fight the menace of terrorism” together… The deal promises to provide India with a “reliable, stable and increased volume” of crude oil supplies…

p>Meanwhile, the Saudi government continues to fund madrassas in Pakistan which churn out militants for Al-Qaeda and Kashmir:

Since the1980s, Pakistan’s education ministry has depended solely on the tuition-free madrassa system of religious education, funded by Saudi Arabia and other orthodox Sunnis, to see a large number of poor Pakistani children get to school. The theocratic education of Pakistan’s orthodox madrassas was tailored to produce the leaders of the Taliban movement. The madrassas also produced the Sunni militants and others who protected the anti-American Taliban and al-Qaeda militants… [Asia Times – author also writes for Indian defense publications]

Zahidullah, 31, a grad student in Islamic law at the Bahrul Uloom madrassa in Pakistan’s northern mountains, boasts of how many recruits he has gained for the outlawed Kashmiri guerrilla force Harkatul Mujahedin: “Many youths here are anxious to join the jihad when I tell them stories of our heroic Islamic resistance against Indian aggression…”

In recent months, thousands of young Afghan men have swarmed to madrassas just inside Pakistan… On the Afghan side, meanwhile, the influx of madrassa students and graduates has helped to produce Taliban battle units as large as 100 fighters, where a year ago the guerrillas were mustering squads of barely a half-dozen men. [Link]

p>The madrassas are popular because the military-controlled government spends far more on bombs than brains:

… Pakistan desperately needs its madrassas. Without them, an estimated 1.5 million young Pakistanis would get no formal education at all. According to a recent analysis by the U.S. Agency for International Development, Pakistan spends only 2.2 percent of its GDP on public education, the tiniest share for any country in South or Southeast Asia. [Link]

p>In comparison, India spends around 4% of its GDP on public education while the U.S. spends just under 7%. Of course, this was all done with U.S. approval to fight the Soviets:

After promoting militant orthodox Islam in the 1980s, with the help of Saudi Arabia, to expedite disintegration of the former Soviet Union and save the “free world”, Washington set about to “fix” Pakistan’s education system… Musharraf had no intention of making any wholesale changes, and, in fact, last week permission was given to open new madrassas in the North West Frontier Province (NWFP)…

So now both India and the U.S. are paying for the bullets and bombs which kill their own citizens, until their leaders get serious about non-petrolic transport, and the U.S. gets serious about democracy rather than compliant client states.

In the meantime, the private sector is taking the lead. The same foundation which funded the first private suborbital flight is planning to put a bounty on energy-efficient transport (via Slashdot):

In 2004, a $10 million X Prize purse was won by back-to-back flights of a piloted SpaceShipOne rocket plane from Mojave, California to the edge of space. Now the X Prize Foundation, a nonprofit-education organization based in Santa Monica, California is setting it sights on other frontiers…

For the automotive prize, the focus is on breakthroughs in areas like miles per gallon and manufacturing. “Why do we still drive cars that use an internal combustion engine and only get 30 miles per gallon? I think that we’ll see some amazing achievements in this area,” Diamandis predicted. [Link]