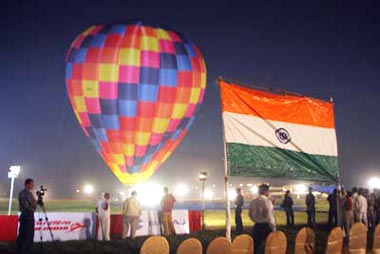 Indian Vijaypat Singhania has claimed a new world record for the highest flight in a hot air balloon, after a voyage lasting several hours. The 67-year-old textile tycoon soared past 21,000 metres (69,000 feet) but fell just short of his original target. He travelled in a pressurised cabin attached to a balloon as high as a 22-storey building… [Link]

The temperature outside the balloon was expected to fall as low as minus 93 C and oxygen was negligible. Before taking off, Singhania stressed the importance of the pressurized cabin, saying that if he was exposed to such temperatures his “blood would boil.” [Link]

This is at a height no living being had been and is nearly two-and-half times the height of Mount Everest. [Link]

At least 17 aviators have attempted to beat the existing high altitude balloon record… “The aviation industry shudders at adventure flights. I chose India because it is my home and I feel [it] needs to be on the world aviation map… This flight is both dangerous and demanding…”

Most hot air balloons are powered by propane gas, but propane burners have never been tested at this altitude. [Link]

Singhania is a men’s suiting entrepreneur — I guarantee it: 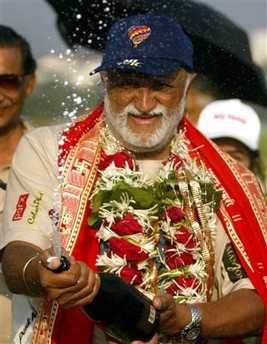 Before taking off Mr Singhania, who chairs Indian textile giant Raymond Group, told the BBC that flying was in his blood. [Link]

The unexpectedly strong winds lifted off his balloon from its moorings prematurely, even before he was fully ready. Whereas the balloon should have taken off vertically, the gust dragged him westwards towards the sea at a dangerously low altitude. At this juncture a rescue helicopter set off in pursuit and chief co-coordinator Andy Elson radioed to Vijaypat that he should ditch the balloon into the sea. [Link]

Vijaypat’s dread of the sea is well known… [Link]

”How farcical it would have been had I abandoned the mission just a few minutes after lift-off. I would have been the laughing stock of the world. With the burners not working efficiently, I turned to God and Saibaba and asked them to save my honour. You won’t believe me, but at that very moment my prayers were answered, the burners kicked up and the balloon started to lift off, as if by Divine ordination. However, my burners started packing up soon after lift-off and it didn’t take long for all 18 of them to stop functioning. For the major part of my journey the balloon was powered by solar heat.” [Link]

With his windows covered in ice, Dr Singhania never got to see the outside world from those heights. His camera system malfunctioned as did, reportedly, his communication system. [Link]

”Every time it seemed that my mission would fail, God and Baba came to my rescue,” he said. ”I was in constant communication with them all the way.” [Link] 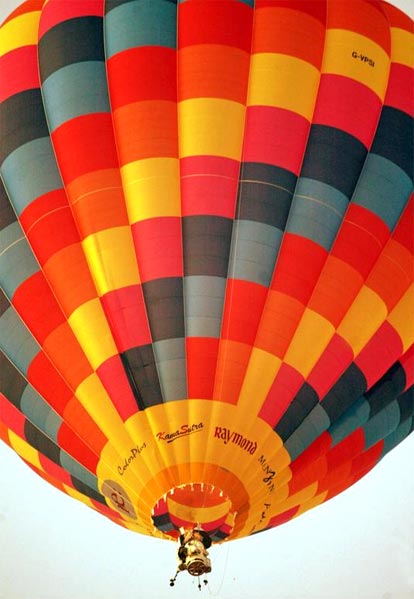 Singhania took the title from Texas, by way of a Swede living in the UK:

Singhania shot into the limelight when he completed the fastest solo flight in a microlight aircraft from London to Ahmedabad — a distance of 5430 miles (approximately 8,738 km) — in 22 days in August-September 1988… [Link]

Nor is it the last he desires:

… you spoke about your dream to go up to 132,000 ft, which would get you NASA certification as an astronaut, the minimum requirement being 130,000 ft. [Link]

Sounds about right. And no desi achievement is complete without the requisite chest-thumping:

“This goes to show to the world that we are not bullock cart drivers, but we can compete against the best of the world.”… [Link]

p>From one bullock cart driver to another: bollocks to bullocks. You done good.

p>See Abhi’s previous post. Here are video clips, a photo gallery and a Slashdot thread on the feat.

7 thoughts on “Coming down is the hardest thing”