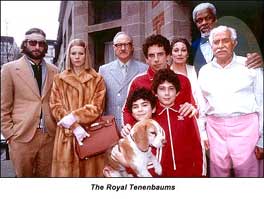 Director Wes Anderson, in addition to “hearting Walis,” also has a soft spot for Kumar Pallana.  Why?

Wes Anderson has given Kumar Pallana (Pagoda [in The Royal Tenenbaums] ) a part in each of his movies (with the exception of The Life Aquatic with Steve Zissou (2004)). Pallana used to work at his favorite Coffee shop in Dallas.

Pallana is actually quite a character:

Born in India in 1918, Pallana began as a juggler and singer, performing for small Indian communities throughout Africa. In 1946 he took his act to America, eventually appearing on several television shows, including The Mickey Mouse Show and Captain Kangaroo. Pallana also toured nightclubs in Las Vegas, Paris and Beirut, combining magic, rope tricks, comedy and plate-spinning under the name “Kumar of India.”

Apul informs me that the new video for the song “Clock In Now” by the group The Deathray Davies also features Pallana and some of his tricks.  When I am that old I hope to be nearly that cool. 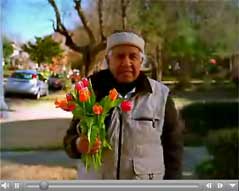 13 thoughts on “A man of many talents”