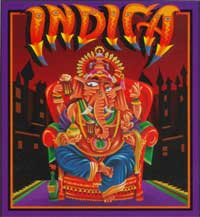 The Lost Coast Brewery in Humboldt, Calif. says it will take off the shelves its Indica India Pale Ale, whose label currently depicts the Indian elephant-god Ganesh “holding a beer in one of his four hands, and another in his trunk”. Although brewery co-owner Barbara Groom said her Hindu friends don’t mind the label, a California man named Brij Dhir sued the brewery, along with other defendants such as the Safeway supermarket chain, claiming that it is offensive and intimidates Hindus from practicing their religion. “Dhir seeks at least $25,000 and his lawsuit mentions that $1 billion would be appropriate to compensate Hindus around the world.” “It’s a hate crime”, Dhir told the Contra Costa Times.

Thanks to Ennis for the pict pointer!