I’m not one to follow pop hit music trends in India – but this one is getting a little bit too big to avoid. I briefly peeped the song a few weeks ago, didn’t think much of it. But people can’t stop tweeting about it. Now, Tigerstyle did a Bhangra remix of it, there’s a dubstep remix of it, acoustic covers of it, and my favorite, the soothing soulful R&B remix. There are now over 20 million hits to the YouTube video for this song! Am I missing something? Why this song so popular?

Why This Kolaveri Di (Why This Murderous Rage, Girl?) is an Indian song from the soundtrack of the upcoming Tamil film 3, which is due to be released in 2012… The song was officially released on 16 November 2011, and it instantly became viral on social networking sites for its quirky “Tanglish” (portmanteau word of Tamil and English) lyrics.Soon, the song became the most searched YouTube video in India. Within a few weeks, YouTube honored the track with a Gold Award for getting the most number of hits. [wiki]

My favorite to all this is how slapped together the song is – they were looking for a playful love song and wrote this in about twenty minutes. And bhas, sensation!

“When I was writing down the lyrics, I kept in mind all the English words that are used in the Tamil vocabulary. Words like I, you, me, how, why, cow.. I just framed them into sentences and thats how I came up with the song,” said Dhanush, who also penned down the lyrics of the song. [TOI]

So here you go – Why This Kolaveri Di to get stuck in your head for today’s #MusicMonday. With enough remixes to last you the month. I’m going to get started on the Banglish remix of this song ASAP. 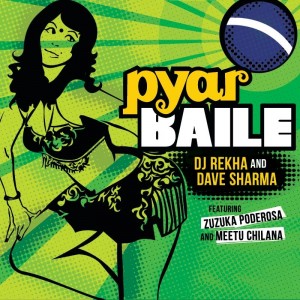