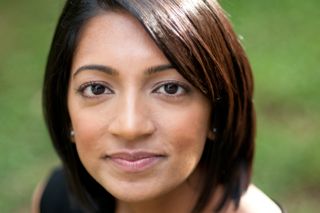 This past Saturday, I had the privilege of meeting and interviewing Dilruba Ahmed, author of Dhaka Dust, a delightful collection of poetry that I read and re-read with great pleasure. I first encountered Ahmed’s work in the form of a powerful letter she wrote for the Asian American Literary Review, titled “To Agha Shahid Ali.” In it, she reacts to a statement made by the Kashmiri-American poet:

“I wish all this had not happened…This dividing of the country, the divisions between people–Hindu, Muslim, Muslim, Hindu–you can’t imagine how much I hate it. It makes me sick.” Similarly, we may feel enraged, appalled, dismayed, and frustrated with recent events that emphasize those “divisions between people” here in America and around the world. And as writers, we may find ourselves wondering how to make sense of our impulse to write when other, larger matters seem far more pressing.

She goes on to respond to her own question: “If literature confronts us with our humanity, if it proves to us the shared desires and struggles of our individual lives, then literature, particularly writing by Asian Americans and other minorities, is arguably more important now than ever before.”

Agreed. And in the context of the mayhem that struck Mumbai this past week, even more poignant. END_OF_DOCUMENT_TOKEN_TO_BE_REPLACED

I think it’s safe to say that our names play a big part in how we define ourselves and how others perceive us. This seems true whether a) people get your name right every time, b) you conduct a lesson on pronunciation each time you meet someone new, c) you go by a nickname, e) you go by your Starbucks name, or e) [insert your story here]. In a rhythmic reflection on his name called Ache In My Name Vivek Shraya asks “Is a name how it’s pronounced or how I pronounce it?”

ACHE IN MY NAME (short film) from Vivek Shraya on Vimeo.

If Shraya’s name sounds familiar then maybe you’ve heard his music or read his short stories. His alterna-electropop musical history includes collaborations with members from the groups Tegan and Sara, and Marcy Playground. Shraya, who grew up in Edmonton, self-published his first book last year, God Loves Hair, an illustrated collection of short stories about a queer desi youth growing up “as he navigates complex realms of sexuality, gender, racial politics, religion, and belonging.” It’s on the American Library Association’s Rainbow List and was selected as a finalist for the 2011 Lambda Literary Awards. END_OF_DOCUMENT_TOKEN_TO_BE_REPLACED

By now most of you have heard the allegations of truthiness and mismanagement leveled against author and “philanthropist” Greg Mortenson on 60 Minutes last night. It was quite damning to say the least:

I personally have not read the book and barely knew the story. What little I did know until this 60 Minutes exposé has come in the form of word-of-mouth recommendations that start with a gentle hand on my arm at some event and end with breathless “you have to read it.” It always hurts society the most when the seemingly most beneficent emperors are shown to have no clothes.

END_OF_DOCUMENT_TOKEN_TO_BE_REPLACED

While meandering through City Lights Bookstore late last year, I recognized a face on the cover of a book. This never happens. Especially in the Asian American Studies section of the bookstore. It was the one and only Chee Malabar posturing on the cover of Hip Hop Desi: South Asian Americans, Blackness, and a Global Race Consciousness (Refiguring American Music) written by Nitasha Tamar Sharma. Though I didn’t buy the book, a quick glance at the pages revealed a few familiar names, from Rukus Avenue to D’Lo to some other names I didn’t recognize. I stumbled across another book recently also covering the Desi hip hop scene. (Is this a trend?) Desi Rap: Hip Hop and South Asian America is a collection of essays by people from the scene and edited by Ajay Nair and Murali Balaji. With essays by Vijay Prashad, Sunaina Maira, the1shanti and DJ Rekha, this is a book on the top of my must read list right now. And of course, Chee Malabar also contributed an essay to this book.

Which leads me today’s #MusicMonday – a remix leaked by Chee Malabar. He is back in the studio, working on a forthcoming album scheduled to come out late this year. Orange Suit Theory is a remix of the Jay Electronica beat found through this link. But in my opinion, Chee’s remix is done so much better and throws a political spin to the bling-ified chest thumping original lyrics. Plus, Chee used “macaca”. Extra points for that. Get your free download below.

If this song reflects Chee’s progression as a hip hop artist, I can’t wait for the new album to drop.

I’d also love to hear from readers who have read Hip Hop Desi or Desi Rap and get a review. Are there any other similarly themed books out there as well? END_OF_DOCUMENT_TOKEN_TO_BE_REPLACED 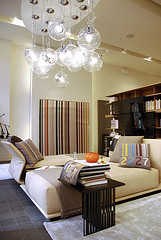 What, indeed. I’m not the resident Rushdie-phanatic…I believe that was Manish, but I’m curious about what he’ll select to decorate the rooms of enlighten the patrons of the Standard. END_OF_DOCUMENT_TOKEN_TO_BE_REPLACED

Dude, yes, I mean this, and I mean it in a Bill and Ted’s 3 kind of way. Like, totally. Be excellent to each other and READ THIS WRITER, Kuzhali Manickavel. Her writing is like familiar + familiar = delightful strange, and will leave you with the best kind of unsettled in the pit of your stomach.

A long time ago I joined Sepia Mutiny and saw Kuzhali Manickavel’s website (not necessarily in that order, although I think probably). And then I read her blog a lot, and then I laughed and laughed, and sometimes felt like crying, because she is so very funny but in a way that is also sad. And then I became the interim fiction editor of The Michigan Quarterly Review, and got her to give me a fabulous (FABULOUS) story called “The Underground Bird Sanctuary.” And then I got her to e-chat with me for Sepia. Kuzhali Manickavel is the author of a dark, hilarious collection of short fiction called Insects Are Just Like You and Me Except Some of Them Have Wings, which you should RUN OUT AND BUY BECAUSE OF IT BEING JUST WIZZOW. I do not use CAPS LOCK or WIZZOW lightly. Please do this in an independent bookstore, if you still live in one of the places on earth that has one. And if you don’t, via the Amazon link (above), which will support the Scoobybunkergang in a teeny tiny way.

The story in MQR begins:

Kumar’s bones were pushing up under his skin like silent hills. His ribs rippled up in hardened waves while his shoulders and wrists stood out in knotted clumps. In the afternoons, I would count Kumar’s bones while he tried to sleep. [continued] END_OF_DOCUMENT_TOKEN_TO_BE_REPLACED

The Washington Post’s Reliable Source column singled out this section of Sheen’s “heartfelt, yet grandiose oratory”:

“A dream that helps lift up this nation and all its people to a place where the heart is without fear and the head is held high and knowledge is free, where the world has not been broken up into fragments by narrow domestic walls where words come out from the depths of truth and tireless driving stretches its arms towards perfection where the clear stream of reason has not lost its way to dreary desert sands of dead habit.”

Sound familiar? As the Reliable Source pointed out in a follow-up column, Sheen forgot to note that he was quoting from Rabindranath Tagore’s Gitanjali.

It looks like the mistake was inadvertent. Sheen quoted the same Tagore excerpt during a 2008 speech at Notre Dame and promptly devoted the next paragraph to explaining who Tagore was.

Sheen first became familiar with the poem while filming the movie Gandhi in 1981.

END_OF_DOCUMENT_TOKEN_TO_BE_REPLACED 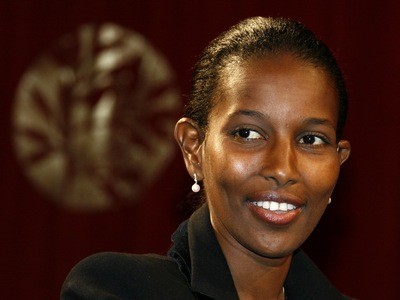 You will do well to start with any of the books written by Ayaan Hirsi Ali. Her best-known work is Infidel. Her latest book is Nomad. She has also written a few other things. Anything written by Hirsi Ali will do; they all say the same things about the terror of Islam.

I read Nomad recently. It is littered with stories like the following: “In February 2009 in Buffalo, New York, a forty-seven-year-old Muslim businessman who had set up a cable TV station to ‘promote more favorable views of Muslims,’ beheaded his wife, who was seeking to divorce him.”

This is a short short-story. You can narrate it at parties. Imagine the shock (but perhaps not the silence, because these days everyone, it seems, has a story to tell about Islam). But you should also learn from Hirsi Ali’s style of writing. END_OF_DOCUMENT_TOKEN_TO_BE_REPLACED

The last time the venerable literary mag Granta focused on the subcontinent was when India turned 50. I’ve saved that issue as I will be saving the current one which is all about Pakistan and features fiction, reportage, memoir, contemporary art, and poetry by recognized authors such as Mohsin Hamid, Kamila Shamsie, Fatima Bhutto, and Daniyal Muennudin, as well as voices lesser known here in the West.

Those of you who have been long-time SM followers will surely remember Manish’s Anatomy of a Genre from back in the day.

“Write what you know” is one of those creative writing class truisms that actually happens to be true, if our goal is to tell a realistic story about a society at a given moment in time. Writers want people to believe that the kinds of fictional lives they’re asking them to live with and care about for a few hours, as they read, are actually plausible. Chances are, what makes a story seem plausible is the fact that it is based, even if only partially, on the truth.

But “write what you know” is also much, much harder than it might seem. At times, it can even feel like a chain around your neck — though that doesn’t mean you can just walk away from it. In his new novel, Nobody Does the Right Thing, Amitava Kumar acknowledges the problem directly in what might be my favorite line of the book: “If you could tell just any story you wanted, no demands ever needed to be made on your honesty.” [Another favorite line: "Bihari society was conservative; it was also corrupt, hollow to its core; you put a finger on its thin, distended skin and it split under your touch, revealing white worms"]

For Amitava Kumar, who was born and raised in Patna, in the Indian state of Bihar, it’s Bihar that encapsulates the memories and history that are what the author “knows,” and what he returns to (always slightly differently), in book after book. “Honesty” and “Bihar” live in the same site for Amitava, and yet the content of that Honesty — the Truth one seeks to represent — remains stubbornly elusive. Kumar’s recently-published novel Nobody Does the Right Thing, which was first published as Home Products in India in 2007, continues to develop this theme. It’s a terrific novel, which I think will be challenging to many readers in the Indian subcontinent as well as the West, but many of the elements that make it challenging are also what make it great. END_OF_DOCUMENT_TOKEN_TO_BE_REPLACED