I know I do! Which is why I was thrilled to find out about a new computer game that lets you relive that amazing period of history as the glorious nations that helped to shape the world into the great success that it is today. 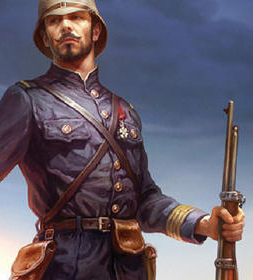 Pride of Nations is a turn-based historical strategy game set in the colonial era of the 19th century, where the player takes control of a country and guides it through industrialization, military conquest, and colonization. This upcoming release from AGEOD follows such successful historical strategy games as Birth of America, American Civil War, Napoleon’s Campaigns, and Wars in America [linkocricy].

What? What’s that I hear you say, friend? You feel slightly more ill now than you’d otherwise feel on a Monday morning because there’s about a 0.0001% chance that Pride of Nations in any way addresses the awful things these countries did to colonies and their people? Well rest assured!

Yes! Strong AI will represent your ancestors and their struggle for freedom!

35 thoughts on “Do You Miss Colonialism?”