There’s always a lot of discussion in the national context about statistics such as per capita income, % with bachelor’s degree attainment, etc. On the one hand these sorts of concrete quantities are really essential to move forward any discussion which presumes a possible policy prescription. But on the other hand statistics without the proper frame can be misused. I recall back in college discussions among my friends who were Asian American activists. Their common complaint was that all Asian Americans were bracketed into a “Model Minority,” when in fact there were large communities of Southeast Asian refugees which as a whole totally did not fit mainstream expectations (usually they were really talking about the Hmong). But the reality is that on the balance demographically Asian America is, and was, dominated by a few large prominent groups, such as the Chinese, Koreans, Japanese, and Indians. The Hmong are real, but they’re not representative (a South Asian analog may be the fact that “Pakistani” and “Bangladeshi” in the U.K. really represent the subcultures of the Mirpuri and Sylhetti, with those outside of these communities often being marginalized in the broader discourse because they’re not demographically representative).

This came to mind when discussing Indian American income and education. I decided to look at a few statistics from the Census 2000 and arrange them in scatter plot form so you could compare how two variables manifest in a particular demographic group. I included Indian Americans, Chinese Americans, Mexican Americans, and the general American population. 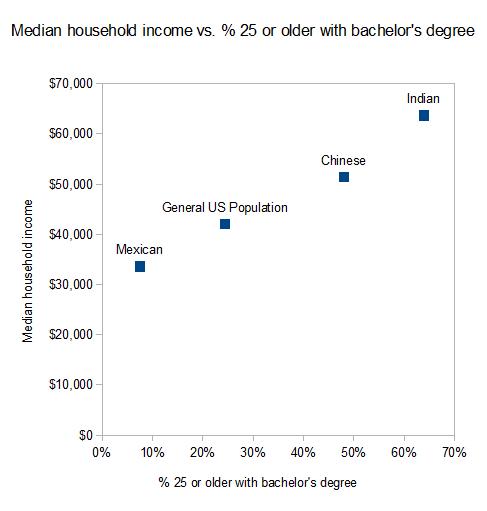 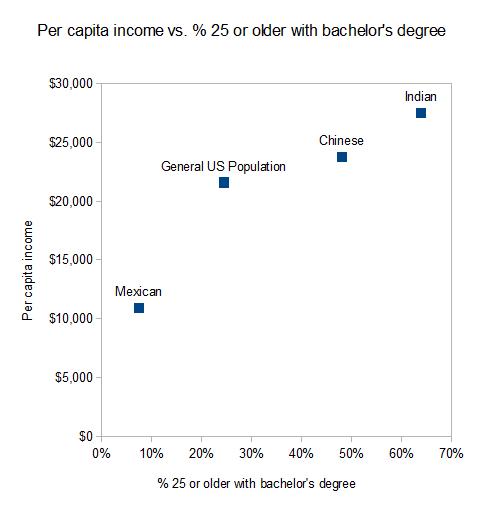 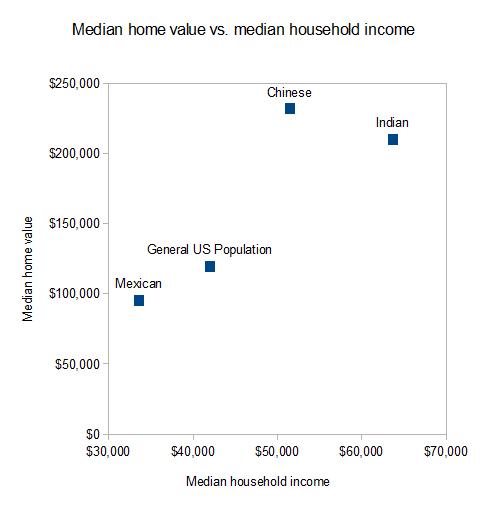 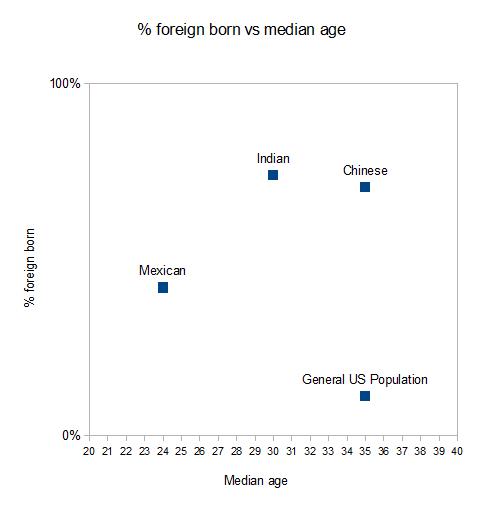 5 thoughts on “Stacking up demographically”