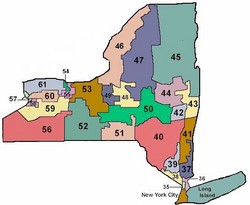 An interesting piece out of WNYC this morning on the increasing population of South Asians in New York but a lack of political representation.

The Asian population in the five boroughs spiked 32 percent in the last decade, and New Yorkers of South Asian descent had a lot to do with it. Numbers from the Census Bureau show that Indian American numbers alone skyrocketed 77 percent in Manhattan to reach 25,857, and in the city over all there are now 192,209 people who identify as Asian Indian. [wnyc]

So there’s a large population. That we all know. Why are there no South Asians in seats of political power?

I’ve said it before and I’ll say it again – the civic engagement tools that are in place are disproportionately constructed to marginalize voices of people of color. The access that South Asians have to the electoral process is oppressed by the system in place. It’s not just about voting, but about having access to an electoral system. One of the tactics to dis-empower South Asian communities is in the process of how district lines are drawn.

Part of that momentum is “Taking our seat,” a new group applying for non-profit status. The organization is focused on redrawing the lines of the 31st Assembly district in South Eastern Queens to create a ‘brown district.’ Their analysis of Census Bureau data showed that two of the highest density South Asian American census tracts lie within that district and four other high density tracts–which are split between four other Assembly districts–are located just blocks away….Richmond Hill’s South Asian community is divided into two city council districts and five assembly districts. [wnyc]As important as redistricting is to creating a powerful community – I’m starting to believe the politics of electing a South Asian candidate has little to do with the construction of a Desi block as much as it does in building a community that wants to engage in politics. In research that I’m working on, 20%-50% of the money raised for South Asian candidates came from the South Asian community and almost 90% of that came from outside of the candidate’s voting district. This means South Asians will donate money to a South Asian even if they can’t vote for them. I guess my point is, at the end of the day, where are the local candidates and programs that train South Asian candidates the skills they need to run?

I sent the above article via a tweet to NYC South Asian politco Ali Najmi, co-founder of Desis Vote. If anyone would know the lay of the land of South Asian local politics, it would be him. Here’s his response.

Its a great question, and worthy of asking especially when you have other places like Kansas or Ohio where you have South Asian elected officials in the state legislature from districts without substantial South Asian populations; so why not from NYC which has one of the biggest concentrations of South Asians, especially in a place like Queens?

I think NYC’s politics are more “tribal” than other places, ironic for a melting pot, and ethnic voting blocks are a reality. Unfortunately, the South Asian voting block is not as organized as it could be. There is a lack of grass roots based community organizing with a focus on civic engagement, although groups like SEVA NY are breaking new ground in that area. Voter registration and voter turn out are low and need to increase, better candidates need to run, and the community needs to create coalitions with other voting blocks. Gerrymandering is huge issue, with areas like Richmond Hill in Queens chopped into 7 Assembly districts. [@ali_najmi]

It’s multi-pronged, for sure. Redistricting, registering voters, raising money for candidates, and developing candidates to run. These are all issues that go hand in hand, and come from the ground up. Now the real question is…. so what are we going to do about it?

10 thoughts on “Why Are There No NY South Asian Electeds?”